The Boston Bruins received a major boost last week when superstar forward Brad Marchand returned to action following offseason hip surgery. Now, it looks as if the Bruins are on the verge of getting another crucial player back to buff up their defense. According to Fluto Shinzawa of The Athletic, Bruins star defender Charlie McAvoy was spotted on the ice on Monday and was wearing the standard practice jersey, indicating he is without an injury designation.

McAvoy has yet to make an appearance for the Bruins this season. The 24-year-old has been working his way back from offseason shoulder surgery which he underwent in June following Boston’s 2022 Stanley Cup Playoff exit.

The Bruins have not stated an explicit target date for McAvoy’s return, but the fact he was skating in normal practice attire on Monday suggests his return is just around the corner. Getting McAvoy back will further buff the already potent Bruins squad that has jumped out to an 8-1 start on the season.

It’s possible McAvoy will be ready to return for Tuesday night’s clash against the Pittsburgh Penguins. If he isn’t ready to go Tuesday, his next chance to play would come Thursday against the New York Rangers or Saturday against the Toronto Maple Leafs. Those are all matchups the Bruins would love to have their star defenseman back for, so his status will certainly be one to monitor. 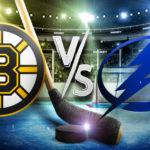 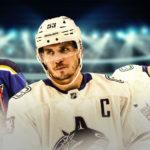 Last season, Charlie McAvoy featured in a career-high 74 games and made his first All-Star team. He scored 10 goals and added 46 assists for 56 points while averaging 24:38 on the ice, by far the most among Bruins’ skaters.

With the Bruins surging early, adding McAvoy to the squad will make them even more lethal on the defensive end. It didn’t take long for fellow injury returnee Brad Marchand to catch fire, as the 34-year-old registered two goals and three points in his season debut. Hopefully, McAvoy can make that type of impact for the Bruins on the defensive end when he’s finally cleared to return.