The Boston Celtics are doing… uh, not great this season. They dropped to 2 – 4 this season after losing yet ANOTHER double overtime game, this time against the Washington Wizards. It’s been a tumultuous season that involved ugly blowouts, close wins against bottom-feeding teams, and getting booed in their home stadium. Things are certainly not going as planned for the Celtics.

For Celtics forward Jaylen Brown, though, there have been some encouraging signs from that unfortunate loss. Per Jay King:

“Jaylen Brown said it’s the “sign of a good team” that the Celtics had chances to win despite shooting that poorly from behind the arc.”

Jaylen Brown said it’s the “sign of a good team” that the Celtics had chances to win despite shooting that poorly from behind the arc.

Yes, it’s a good sign that the Celtics were still in the game despite shooting poorly from the field. However… saying they shot poorly is doing disservice to how bad Brown and co. shot the ball. They shot 41.1 percent from the field… and an absolutely horrendous 7.7 percent from deep. They took 26 threes, and made only two of them. That’s unacceptable in today’s NBA.

Brown knows that the Celtics had multiple chances of winning the game, but let each of them slip by.

Jaylen Brown: “We had every chance to win this game.”

Celtics fans knew there was going to be some sort of adjustment period for the team. After all, the team is moving on from Brad Stevens to a new coach in Ime Udoka. Growing pains are going to be normal for the team. However, they perhaps didn’t quite expect this level of being bad early into the season.

Brown’s teammate, Josh Richardson, believes that this team is far from being complete, saying: 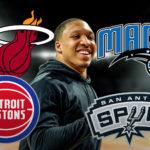 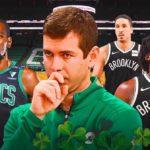 “The Celtics are “almost there.” He thinks the players all “know that we’re close.””

Josh Richardson said he feels like the Celtics are “almost there.” He thinks the players all “know that we’re close.”

Hopefully, the Celtics get “there”, wherever that is. Brown and Jayson Tatum are too good of talents to play for a lottery team.