The Boston Celtics came up with a huge win on Friday as they took down the Los Angeles Lakers in the TD Garden. It was a statement win for the Celtics as they blew out their bitter rivals, 130-108, on the day LeBron James returned to action after a two-week absence.

This was an important victory for the Celtics who themselves haven’t looked exceptional through the early part of the season. Because of their recent struggles, the criticism continues to rain on a team that has yet to fully live up to its potential. This has led to some folks questioning the compatibility of the Celtics’ two main stars in Jayson Tatum and Jaylen Brown.

Boston legend Paul Pierce is having none of it, though. In his mind, Pierce believes that the Celtics must do everything they can to build their team around these two young stars:

“I never believed that (it’s right to separate to star players),” Pierce said on Sports Illustrated’s The Crossover NBA Show with Chris Mannix and Howard Beck (h/t Conor Roche of boston.com). “I truly believe it’s about putting the right pieces around your great players. They’ve proven they can be All-Stars in this league. In order to win in this league you have to have star talent around the perimeter. That’s what the Celtics have and that’s something you need to build around it.”

Jayson Tatum has established himself as Boston’s true superstar. It is clear that he is going to serve as the franchise cornerstone for many years to come. Brown, on the other hand, is coming off the best season of his career last term, wherein he earned All-Star recognition for the first time. Nevertheless, the Celtics have still struggled. Last season, the Brooklyn Nets made quick work of Boston in the first round of the playoffs, as the C’s fell 4-1 in the series. This year, the Celtics haven’t exactly looked like a real threat in the Eastern Conference as of yet.

Nevertheless, Pierce is adamant that Boston must continue surrounding Tatum and Brown with the talent they need to succeed. The Hall of Famer even invoked some of the top players in the game to justify his argument:

“My theory proves right because when you look at all the top players and all the Finals MVPs year in and year out, who are you looking at? Top-tier perimeter guys like Kawhi Leonard, the Kobe Bryants, the Kevin Durants, the LeBron James’s, these are the guys that lead their teams to championships,” Pierce continued. “You need those type of players. The Celtics have to find a way to build around those guys so they can reach that next level.”

Fair point from Pierce here. Both Tatum and Brown have proven that they are star-caliber players. The Celtics already have quite the pairing in their hands and as Pierce argues, it makes much more sense to build around them as opposed to breaking them apart.

Paul Pierce then provided some insight as to why the Celtics have been struggling of late. Kemba Walker taking his talents to New York is a big factor, among other things:

“They lost a veteran point guard in Kemba Walker, I think that was a huge loss,” Pierce said. “I think if he had another year to get seasoned with them, they would have been better.

“But, you’ve got to understand they dealt with COVID issues. They dealt with injuries. And also they have a new coach, a young coach. He’s never been a head coach in the league, implementing a new system, new players, new personalities, and trying to make it work.” 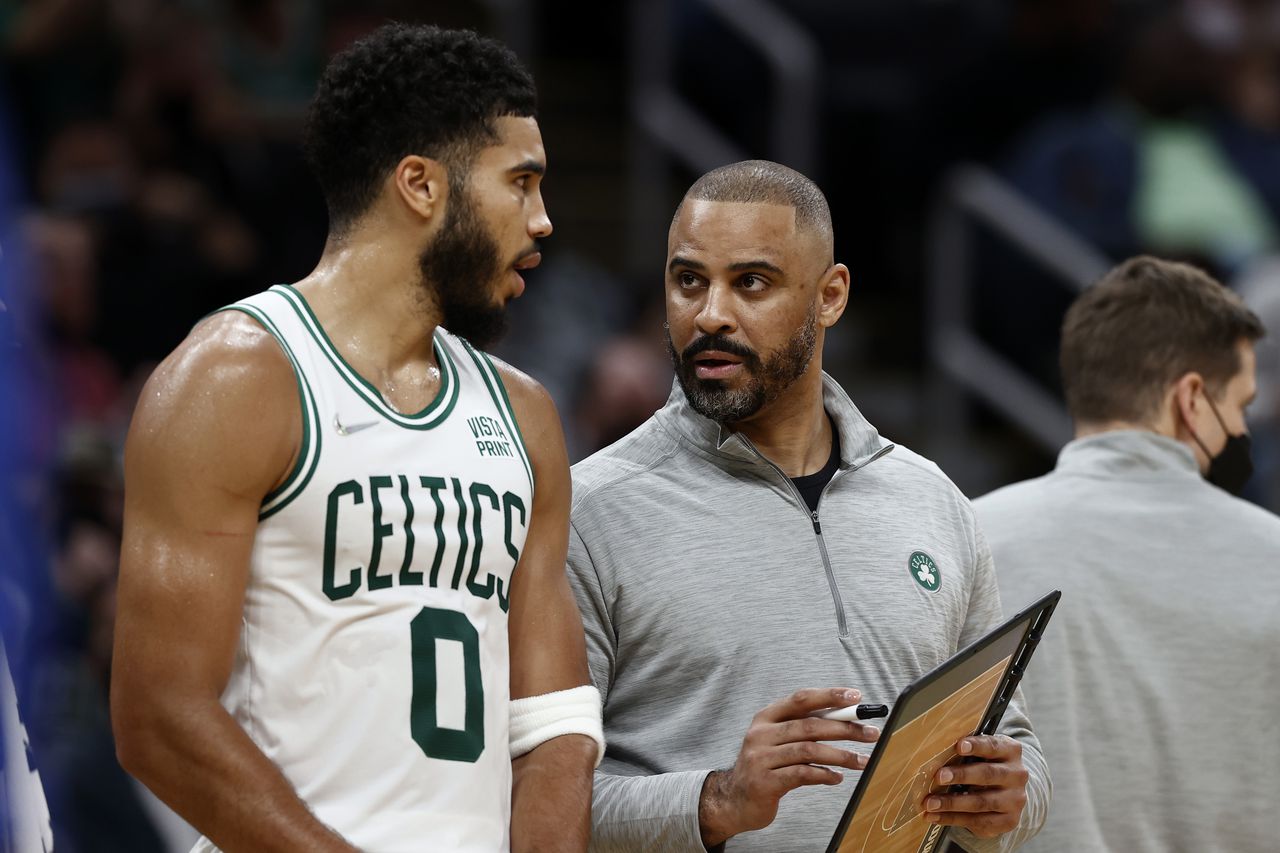 In spite of all this, Pierce remains confident in his beloved Celtics. There have been so many external factors that have derailed Boston from its goals and Pierce believes that all this had been the reason behind the team’s underachievement:

“It’s not about the talent,” Pierce added. “I think they have the talent to compete in the Eastern Conference. But that’s a combination of those things that I mentioned that has them struggling early. They don’t have a consistency in the lineup. Jaylen Brown’s been out here and there – Al Horford in-and-out. So, it’s hard to develop some consistency when you don’t have your main core pieces there on a consistent night-in, night-out basis.”

The good news for the Celtics is that it’s still early in the 2021-22 season. There’s still so much that’s going to happen from here on out and they still have ample time to figure things out. After all, they underwent some major changes in the offseason and there will be growing pains along the way.

What ‘bothers’ Nets star Kevin Durant more than being behind Stephen Curry in MVP race, per manager

PS5 is still the US’ top console of choice

What Stephen Curry must do to become the GOAT point guard

How Aaron Rodgers went from junior college to NFL MVP