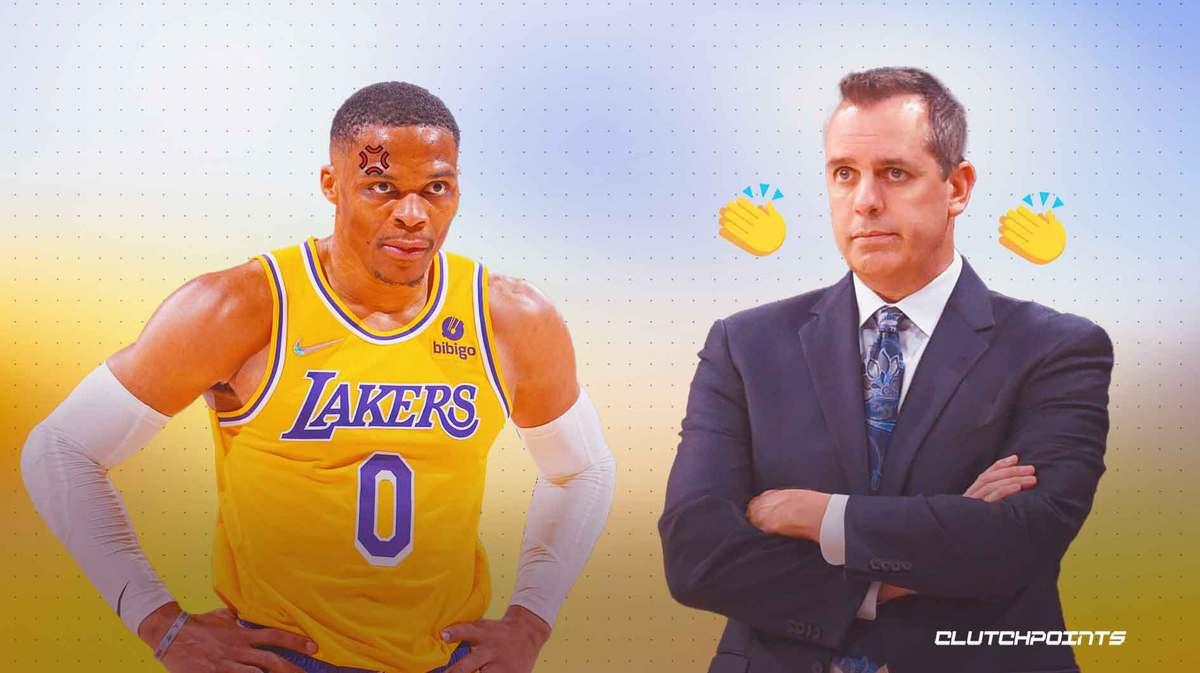 Russell Westbrook has been vocal with his displeasure in not closing games for the Los Angeles Lakers of late—a decision made by head coach Frank Vogel.

According to Westbrook, he’s fully earned the right to close games for the Lakers with the reasons being self-explanatory as a multiple-time All-Star. The former MVP expressed his displeasure on Tuesday night after LA’s loss to the Milwaukee Bucks.

“I earned the right to be in closing lineups. I mean, numbers will tell you. I don’t have to explain that,” claimed the Lakers guard.

“But once again, that ain’t my decision. That’s the decision that he and the staff think is best for the game, and, unfortunately, I’ve kind of just got to go with it and figure it out the best way I can, and be there for my teammates as best as I can, and make sure I come to work and do my job as a professional.”

Westbrook played in just a shade over 26 minutes in their last game, the least time he’s played for a single contest in his 55 games played in a Lakers uniform thus far. This comes after their last win over the New York Knicks in which Russ was benched in the OT period.

Frank Vogel was asked about Westbrook’s frustration with the decision to sit him late in recent contests. The Lakers coach was adamant that the needs of the team come first before that of any individual player, which factors into how he designs the “script” for how LA closes out each game.

“The needs of the team always come first,” said Frank Vogel before LA’s game against the Portland Trail Blazers on Wednesday. “Russ has accomplished a lot in this league and he’s had some great games and sequences for us here. But my job is to win games and when you get in those situations, you have a script of who you believe is to be in there and the game will tell you otherwise if a change is needed. We have to be willing to do whatever it takes to get the Lakers a win. Sometimes he’s going to be in there for that, sometimes he’s not.”

With the responses to one another seemingly ongoing through the media, it seems as though there isn’t much communication going on between Westbrook and Vogel themselves. When asked about any internal discussions between them, the Lakers guard claims his coach hasn’t been 100% open with him, but he doesn’t expect him to be either.

It remains unclear how the Lakers will perform with Russell Westbrook going forward – or if he’ll even be on the team at all as the NBA trade deadline approaches. But what is clear is that there’s friction that still persists as LA tries to navigate what has been a highly tumultuous campaign.