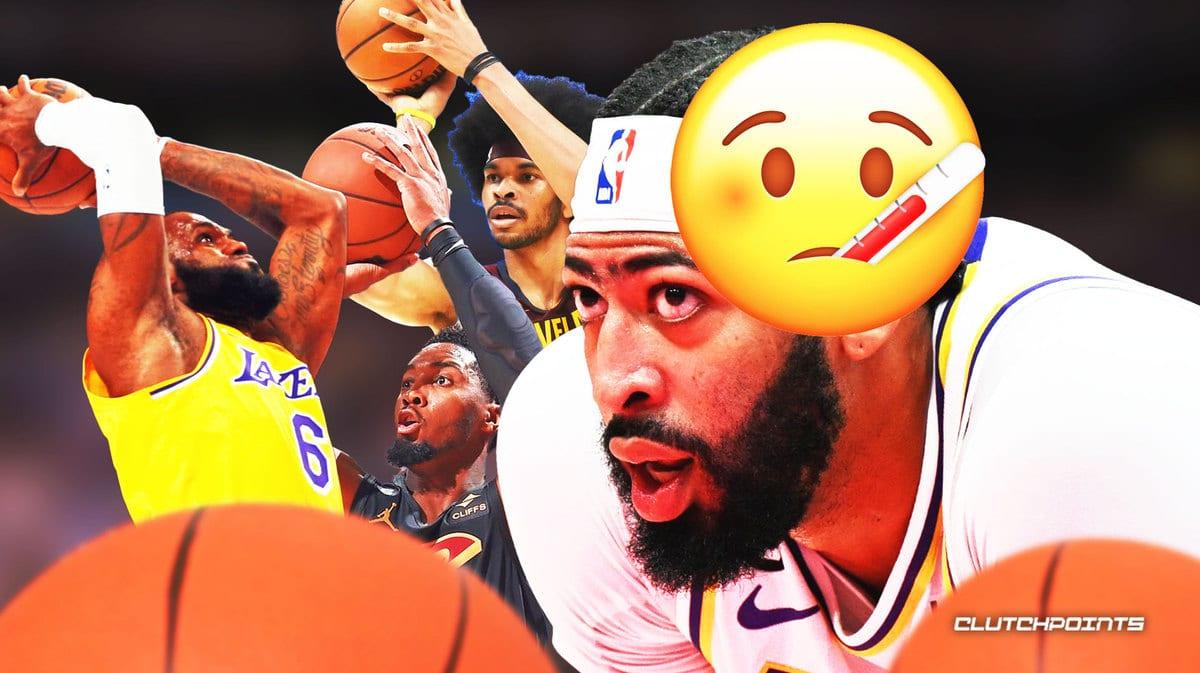 It was the Lakers’ third loss in their past 11 games. Anthony Davis left four minutes into the first quarter due to flu-like symptoms (non-COVID, per the Lakers). Los Angeles battled hard but the talent discrepancy eventually got the best of them. The two squads were tied at 92 before Cleveland pulled away. Donovan Mitchell dropped 43 points in dazzling fashion.

Here are three takeaways from the nationally televised matchup.

AD — reigning Western Conference Player of the Week, ascendant MVP candidate, and arguably the NBA’s best player over the past month — had scored one point when he headed to the locker room. (Update: Davis has a 101-degree fever.)

The Cavs are a particularly unfortunate matchup to face when down a star big (the Lakers were without backup big Wenyen Gabriel, who will be evaluated in a week with a shoulder injury). Jarrett Allen — out the past five games with back contusion — dropped 22 on 10-of-11 shooting in the first half.

Thomas Bryant came up big on offense (19 points, 8-of-12 FG), but he’s a defensive liability. Damian Jones (2 points, 4 rebounds, 12 minutes) has been out of the rotation for weeks for a reason.

“Next man up,” LeBron responded when asked about the challenge of replacing AD mid-game. “But that’s a tall task. Figuratively and literally. For what AD has been doing for us over the last few weeks. I thought Thomas came in, gave us some great minutes. He was high-energy, worked the glass really well. But it was tough for us once AD went out — we had to switch up our whole game plan … We gave as much as we could.”

In crunchtime, Darvin Ham took a flyer on a super-small LeBron James-at-center lineup. It was worth the try but didn’t work. The Lakers surrendered 70 points in the paint.

Going forward, the fact that Davis is not injured is relatively positive news. Los Angeles will travel over the border to face the Toronto Raptors on Wednesday — a trip that will likely not include Davis. The Lakers visit the Philadelphia 76ers on Friday.

“Obviously, you can’t replace AD,” said LeBron. “So everyone has to do a little bit more. Do their job at the highest capacity they can do it. Live with the results.”

The moment AD was ruled out, the Lakers’ chances of winning dramatically dipped.

But let’s go Baloo and accentuate the positive. Last year’s Lakers would have folded. They would have gone through the motions until the clock ran out, especially after falling down by nine points late in the third quarter.

Darvin Ham’s group hung in there. They reclaimed the lead before the third quarter concluded. They battled Cleveland on the glass — LeBron, Russell Westbrook, Austin Reaves, and others battled bigger dudes for boards and 50/50 balls. Cleveland outrebounded Los Angeles by only 1. LeBron had his season high in boards (17), including an incredible second-half offensive board over Allen and Evan Mobley that led to a bucket.

On the first leg of a back-to-back, the Lakers didn’t wave the white flag despite the absence of their best player. That’s a credit to Ham and the character of his group. Bodes well.

LeBron typically puts on a show against his former employer. Akron is 45 minutes down the road, and LeBron always has loads of friends and family in attendance.

He started the game with a dunk. He barely missed a chase-down block on Kevin Love and got one in the fourth quarter. He was working for boards, diving on the wood, and taking hits in the face. He finished with 21 points (8-of-17 FG) and 17 rebounds in 36 minutes.

Who knows how many more chances LeBron will get to star in his home state. Regardless of the result amidst an 82-game narrative, it’s worth relishing the chance to see a legendary 20-year veteran work his butt off in a December regular season game in the venue that matters most to him.