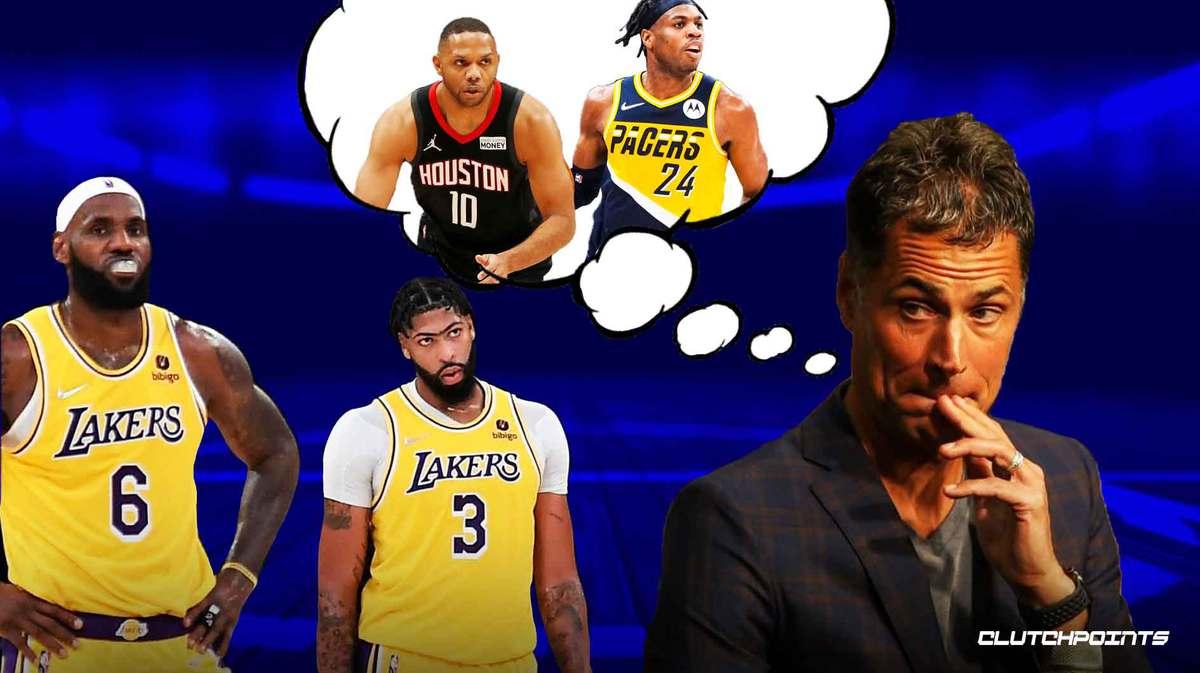 The Los Angeles Lakers have already managed to make a few signings in free agency, bringing in Thomas Bryant, Juan Toscano-Anderson, and Lonnie Walker IV, among others.

But, it’s not stopping there. The organization still needs to find more three-point shooting and GM Rob Pelinka is reportedly eyeing a couple of his ex-clients from when he was a player agent.

After the Lakers’ good work in the bargain department to add the likes of Thomas Bryant, Lonnie Walker IV and Juan Toscano-Anderson, they are still “definitely” looking for ways to add shooting, according to one source with knowledge of the team’s thinking. That is why they continue to be linked to Hield (now an Indiana Pacer) and Houston’s Eric Gordon … as well as the fact both Hield and Gordon are former Pelinka clients from his days as a player agent.

Eric Gordon was nearly traded to the Philadelphia 76ers prior to the NBA Draft but ultimately stayed with the Houston Rockets. They’re happy to keep the sweet-shooting veteran, but the Lakers are certainly a team that could use him. The 33-year-old averaged 13.4 points on a 41% clip from downtown in 2021-22 and is a career 37% shooter from beyond the arc.

As for Buddy Hield, well, he’s a familiar name to Lakers fans. The team almost traded for him last summer but opted to pull off a blockbuster for Russell Westbrook instead. Hield was ultimately shipped off the Indiana Pacers at the trade deadline in March and posted averages of 15.6 points, 4.4 rebounds, and 2.8 assists on 36% shooting from long range last season.

The Lakers have done a good job of getting younger this offseason but now it’s time to find more guys who can consistently knock down triples. We’ll see if Los Angeles can address this need.