The coronavirus outbreak and hysteria possibly has huge implications for the immediate future of the NBA. With that said, both Golden State Warriors tactician Steve Kerr and Los Angeles Lakers head coach Frank Vogel have expressed that they are well aware of how they might have to play games later this season.

As a result of the rapid spread of the virus around the country and worldwide, the NBA has begun to explore the possibility of having to play games without fans in attendance in order to limit exposure from players and staff.

While players like LeBron James previously stated that it would be disappointing to play in any game without fans in attendance, several of the league’s coaches such as Steve Kerr and Frank Vogel have prepared for that possibility.

Kerr on the chances of having to play games without fans: "It's absolutely a possibility. … We're in uncharted waters, so we'll cross that bridge when we come to it."

Frank Vogel on the possibility of NBA games potentially being played without fans: “At this point, it looks like it’s a possibility.”

Along with playing games without fans, the NBA has also stated that they will ban media members from entering team locker rooms. Moreover,  media availability will be secluded to certain areas. 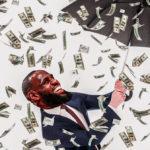 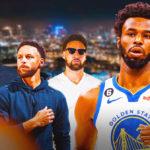 The NBA also has plans to create league-wide guidelines that will create designated coronavirus testing areas, make an arrangement with infectious disease specialists, and urge teams to limit their traveling parties when going to road games.

Per the New York Times, there are currently over 1,000 confirmed coronavirus cases in 37 different states with at least 31 deaths. Globally, that number has surpassed 115,000 with over 4,200 deaths.