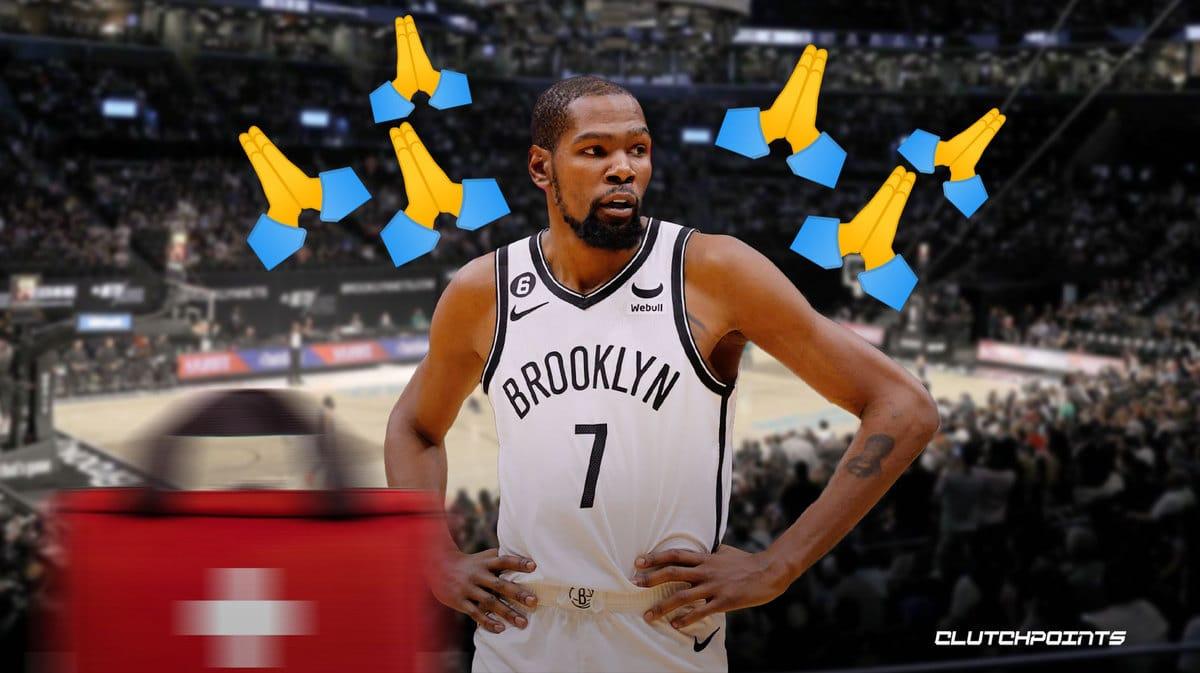 Brooklyn Nets star Kevin Durant is progressing well with his knee injury rehab, the team announced on Tuesday. He’s set to be re-evaluated in two weeks.

Thankfully, KD hasn’t dealt with any setbacks. But, there is still no clear timetable for return, which is definitely concerning for the Nets. The superstar initially suffered the MCL sprain on January 8th in a win over the Miami Heat when Jimmy Butler accidentally fell back on his knee. Durant dealt with a similar injury last January as well, which caused him to miss nearly three months. There is a belief it’s not as serious this time around.

Prior to going on the shelf earlier this month, Kevin Durant had missed just one game for Brooklyn, playing a huge part in their epic 12-game winning streak that ended on January 4th. In 2022-23, the veteran is balling out as per usual, averaging 29.7 points, 6.7 rebounds, and 5.3 assists on 55% shooting from the field and a 37% clip from three-point land.

Without Durant, Brooklyn is struggling to find wins. They dropped four in a row before recently collecting back-to-back victories over the Utah Jazz and Golden State Warriors. As of late, Kyrie Irving is doing a phenomenal job of stepping up, putting up 30, 48, and 38 points in the last three games.

There is no question the Nets need Kevin Durant on the floor in order to be a contender in the playoffs, therefore the sooner he’s back, the better. Brooklyn is back in action Wednesday for a tough matchup with the Philadelphia 76ers. Jacque Vaughn’s squad sits at 29-17 currently.