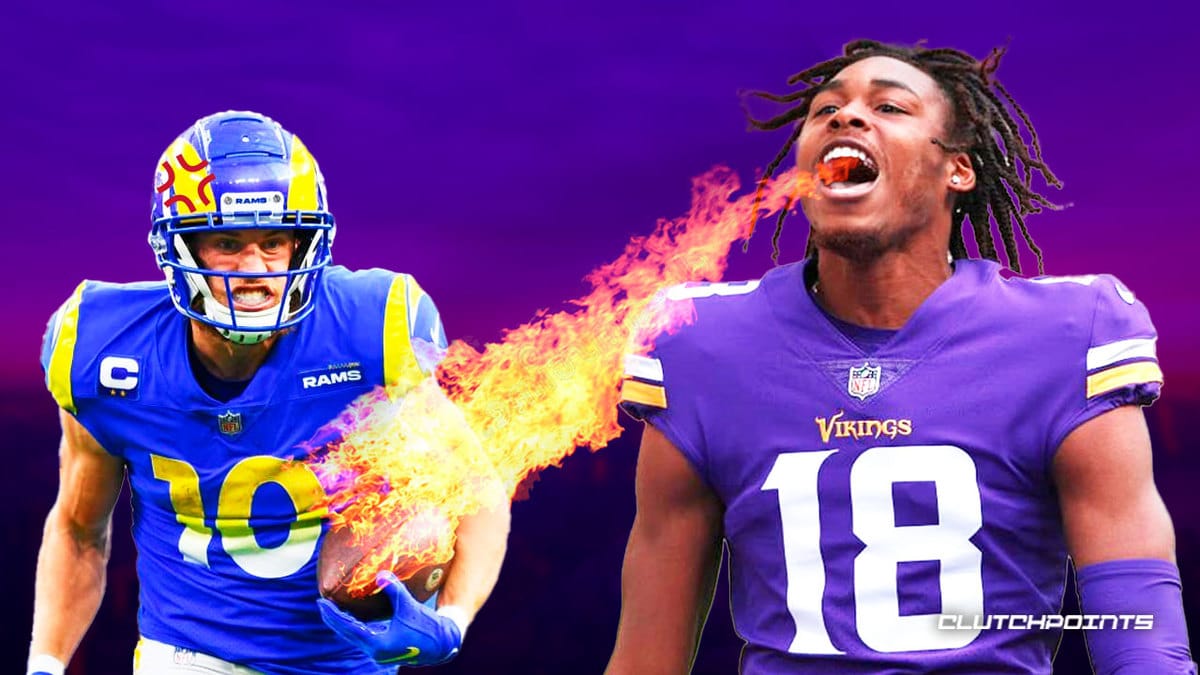 Minnesota Vikings wide receiver Justin Jefferson is definitely loving the start of the Kevin O’Connell era in the Twin Cities. So much, in fact, in that he appears to have thrown shade at Los Angeles Rams wideout Cooper Kupp when he said (via the NFL Network) that he now sees “why Coop was wide open so many times.” He also adds that “it’s so wonderful being in this type of offense” (h/t Pro Football Focus).

Kevin O’Connell, of course, served as the Rams’ offensive coordinator before signing on as the 10th head coach of the Minnesota Vikings franchise. It’s worth noting as well that O’Connell is very familiar with Vikings quarterback Kirk Cousins long before he took the job in Minnesota, as the two worked together with the Washington Redskins during Cousins’ last season in Washington in 2017.

Under O’Connell, the Rams’ offense fired on cylinders in the 2021 NFL season. That year, the Rams ranked sixth in the league with 27.0 points per game and seventh in total offense with 373.2 yards per contest behind the high-octane passing attack steered by O’Connell and guided on the field by quarterback Matthew Stafford. The Rams concluded the regular season fifth in the league with 277.5 passing yards per game, mainly because of the fantastic job downfield by the man who’s got the attention of Justin Jefferson — Cooper Kupp.

Both Justin Jefferson and Cooper Kupp are considered among the best of the best in the wide receiver position in the NFL today. In 2021, Kupp led the league in receiving yards with 1,947 to go with 16 touchdowns. Jefferson was not too shabby either with his 1,616 receiving yards and 10 touchdown grabs along with several highlights on the field.