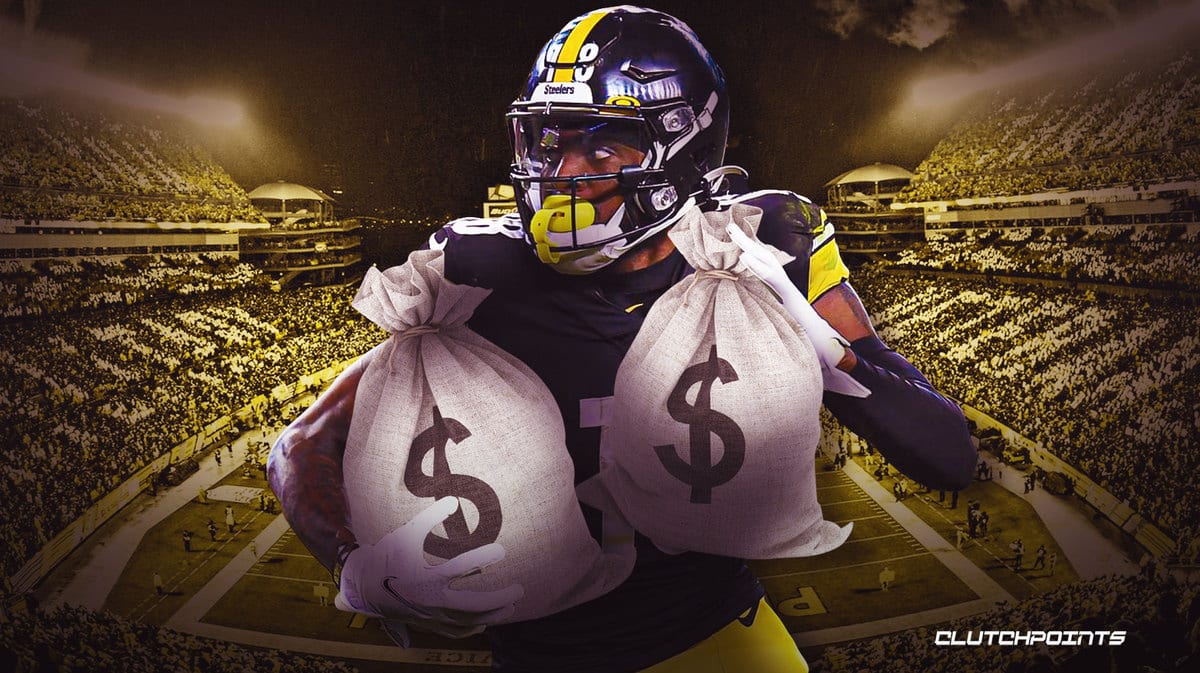 The Pittsburgh Steelers are the latest team to follow the trend of paying their top wide receiver, handing Diontae Johnson a lucrative new two-year extension on Thursday. The Steelers’ star wideout has added two more years to his current contract and will collect $36.71 million in doing so, putting an end to his “hold in” at training camp, according to NFL insider Mike Garafolo.

The #Steelers and WR Diontae Johnson have agreed on a two-year, $36.71 million extension, source says. The sides worked last night and this morning to end his hold-in with a shorter deal than we’ve seen from others that allows him to be a free agent again after the 2024 season.

Johnson was still playing under his rookie contract heading into the 2022 season, prompting the 26-year-old to stage a “hold-in” at Steelers training camp. The gamble paid off for Johnson, as he’ll now get two more years on his deal before hitting free agency after the 2024 season, at which point he’ll be 29.

Rather than extend his stay in Pittsburgh on a long-term deal, Johnson secured the bag while also opening himself up for another contract in just a few years’ time. He will have the potential to land another big pay day if he can continue to perform at high level throughout the duration of his extension with the Steelers.

Johnson was due to make $2.79 million in 2022 under the final year of his rookie deal. It’s unclear if he’ll receive a pay increase for the 2022 season, or if his new contract will come into effect starting in 2023.

The wide receiver’s new deal with the Steelers includes $27 million in guaranteed money and holds an average annual salary of just over $18.3 million.

Last season, Diontae Johnson hauled in 107 receptions for 1,161 yards and 8 touchdowns. Those numbers were all career highs for him, as he was targeted a team-high 169 times.