Video: LeBron James takes down the Splash Brothers in simulation from WWE 2K16

Considering that the 2016 NBA Finals have been filled with blowouts, it’s fitting that it has been recreated with a beat-down in WWE 2K16.

On Wednesday night, the Cleveland Cavaliers responded from a 33-point defeat in Game 2 with a crushing 120-90 victory over the Warriors to get the Cavs back into the series. LeBron James put up 32 points, and while Stephen Curry ended up with 19, he didn’t turn it on until the game was already out of reach.

Combined, the Splash Brothers went 10-for-26 from the field. It was all Cavs, just like the video below.

King James tosses Curry and Klay Thompson around with ease until they finally submit their resignation. We’ll see how they come back in Game 4. 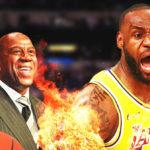 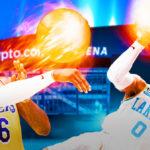 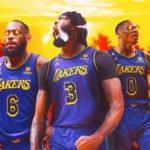 Lakers fans are HYPED after LeBron James and co. pull off Bucks stunner