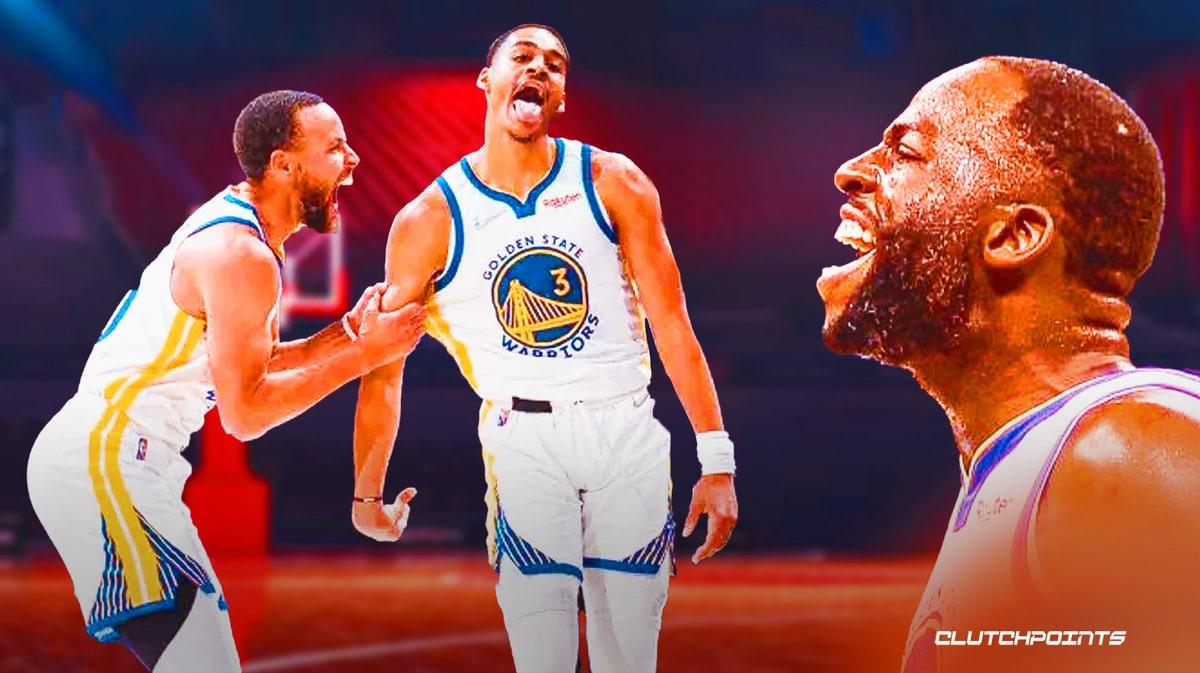 But as Steve Kerr keeps searching for rotational answers behind his team’s “foundational six,” Draymond Green honed in on a nuanced dynamic he believes has contributed to poor early-season play from Golden State’s reserves.

Here’s how the four-time champion responded when asked about differences between Warriors second units of the past and this season’s version:

“It’s a lot different. For the most part, coming off the bench we’ve had kind of an elder statesman if you will, that will kinda slow things down, right the ship,” Green said after Golden State’s 122-115 loss to the Sacramento Kings on Sunday, its seventh straight road defeat to open 2022-23. “It’s different now where you come off the bench. The reality is the first guy you come off the bench with is usually JP, and JP’s a sixth starter, so that’s a different feel.”

“Whereas it used to be kind of a different offense if you will, it’s more like the same,” he continued. “And I think we have to figure that out in that second unit, and understand that what you’re accustomed to is Steph [going] out the game and the whole offense changes, and it’s more sets. But with Jordan it’s still gonna be more of the same as you get with Steph, and I think guys have to really adjust to that, and it’s taken some time to adjust to that.”

There’s no debating that Poole plays a lot like Curry.

Stephen Curry knows exactly what this arduous stage of development is like for Jordan Poole. (via @armstrongwinter)https://t.co/ehQHdr90uo

Few guards in the league hunt off-dribble threes with more aggressiveness and leverage their shot-making gravity into more driving opportunities than Poole. He’s adept at using screens away from the ball, too, constantly putting pressure on defenses. Who does that sound like?

But the combination of skill, creativity and confidence Curry and Poole deploy on the court can sometimes cause as much confusion for their teammates as the opponent—especially as Kerr keeps toggling his bench lineups, looking for stability from unproven young players and new additions.

“For the majority of those guys, they don’t play a ton with Steph, so they don’t really understand that,” Green said of the intricacies required to play with Curry and Poole offensively. “Whereas opposed to when Jordan comes in with us, we’ve played with Steph for so long [that] we understand the randomness of it. I think that group has to start understanding the randomness of it, but like I said, that takes time.”

Moses Moody, JaMychal Green and James Wiseman didn’t get off the bench, and Jonathan Kuminga was absolutely lost as a help defender in the third quarter. Anthony Lamb wasn’t as impactful against the Kings as he was the Cleveland Cavaliers, but seems to have his spot in the rotation locked up for the time being.

Connectedness and cohesion is tough enough for new teammates to build early in the season even if they have nightly continuity.

The Warriors’ reserves haven’t enjoyed that luxury so far, and even if they get it in the form of staying power for Kerr’s updated rotation, a bench of Poole, Lamb, Kuminga and Donte DiVincenzo isn’t exactly a world-beater. The lack of a steadying presence like Andre Iguodala definitely isn’t helping matters.

Those are Golden State’s main problems right now when the starters, dominant once again on Sunday, leave the floor. But keep an eye on how seamlessly his fellow bench players interact with Poole offensively going forward.

If the Warriors eventually right the ship, minutiae like that could be the difference between another deep playoff run or early spring exit.