Kristaps Porzingis gets real on Bradley Beal, Wizards after loss vs. Sixers 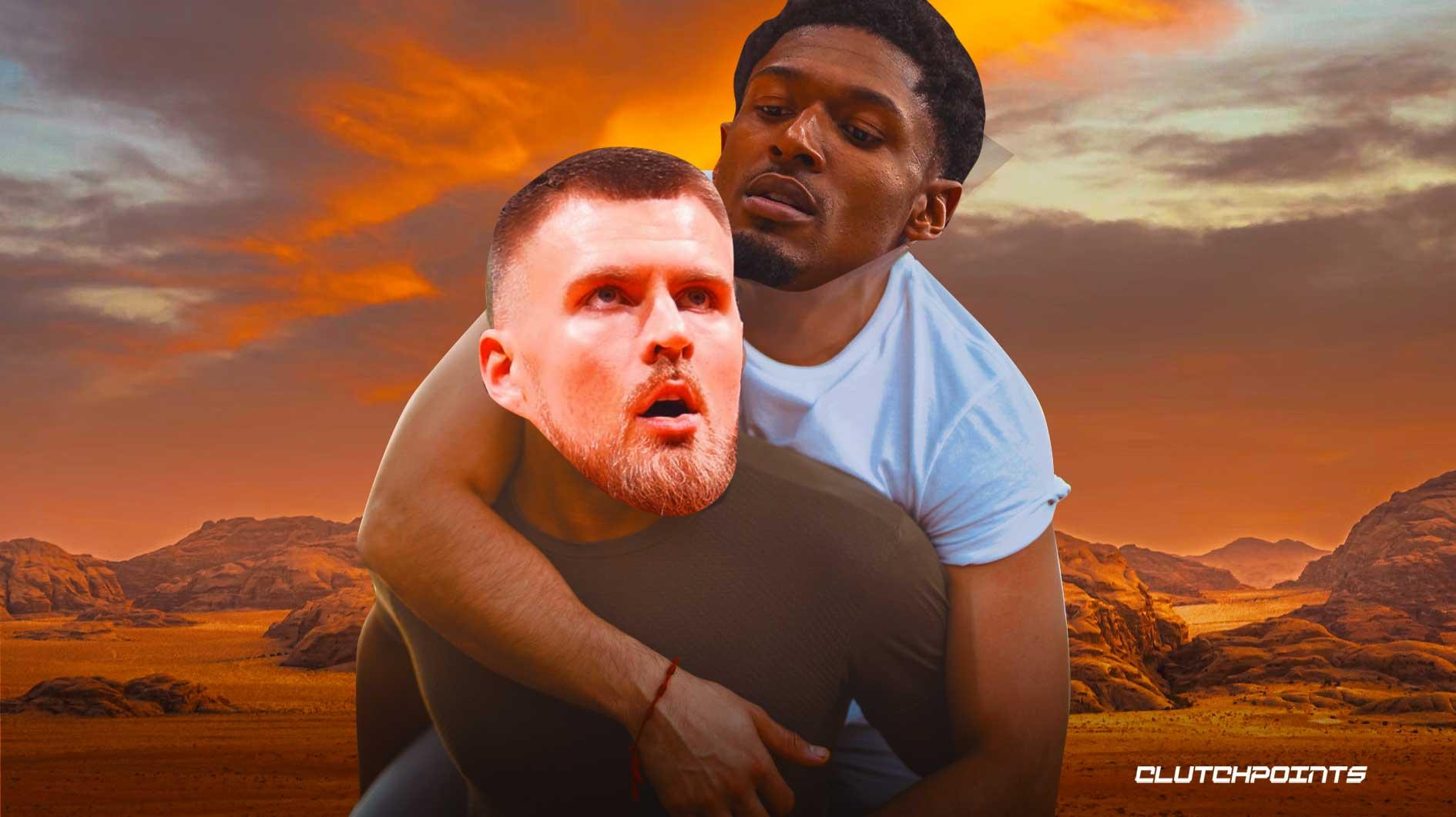 The Washington Wizards, after winning three of their first four games, have lost their last three, dropping to below .500 for the first time this season. Their most recent loss came at the hands of the Joel Embiid-less Philadelphia 76ers, a 118-111 loss sparked by James Harden and Tyrese Maxey’s solid performances. Nonetheless, for all of the Wizards’ struggles to begin the year, especially with Bradley Beal’s substandard scoring totals thus far, one player has been consistent for them through seven games: 2022 trade deadline acquisition Kristaps Porzingis.

Porzingis tallied 32 points and nine rebounds in the losing effort, boosting his averages to 19.7 points and 8.4 boards in only 31 minutes a night. While the 7’3 big man has certainly done his part for the Wizards’ offense, Porzingis knows that getting their max contract man in Beal going is vital if they were to challenge for the crowded Eastern Conference playoff picture.

“We’ll keep working. We’ll keep figuring out how we can make Brad’s life easier because we need him. If we want to be a winning team, we need him to play his best basketball. And yeah, we’re working on that to figure that out,” Porzingis said in his postgame interview, per Wizards reporter Wayne Cole.

Postgame, Kristaps Porzingis on his hot start to the season and how the team can respond in Philadelphia. pic.twitter.com/GuyKiYDLfj

Armed with a five-year, $251 million contract, Bradley Beal simply has to play better. Against the Sixers, Beal “only” scored 20 points in 38 minutes, going 7-18 from the field, a far cry from his explosive scoring totals two seasons ago. Beal’s level of play to begin the season should definitely be a concern to the Wizards brass, especially with the three-time All-Star coming off a 4-16, 12 point performance against the Boston Celtics.

Perhaps Beal is still hampered by the wrist troubles he dealt with last season, when he opted to have season-ending surgery on his ailing body part.

Nevertheless, Kristaps Porzingis knows that it is still way too early in the season, and that Bradley Beal and the rest of the Wizards still have plenty of time to figure things out, beginning with a rematch with the Sixers in two days, who could have Joel Embiid back on the court by then.