Portland Trail Blazers wing Carmelo Anthony is really back in the NBA, and those who doubted him are circulating a rather humorous “apology” form on the Internet:

Melo’s return to the league got off to a slightly rocky start. The former All-Star was just 15-of-44 from the field through his first three games in Portland, but he has since rebounded in spectacular fashion.

Anthony poured in 25 points and shot 4-of-7 from beyond the arc against the Chicago Bulls on Monday. He was that much more efficient in his next game against the Oklahoma City Thunder, shooting 9-of-11 from the field and finishing +27 in just over 28 minutes of run.

Apparently, the Bulls are gluttons for punishment. After losing to the Golden State Warriors on Wednesday, the Bulls watched Carmelo Anthony drop a huge double-double on them on Friday night. Carmelo had his best game of the season, scoring 23 points and adding 11 rebounds and four assists.

Anthony’s return to basketball has been one of the more high-profile storylines in the NBA ever since he was cut by the Houston Rockets last November. He had repeatedly indicated his desire to play and stressed that his fitness was up to par over the course of the last year, but it seemed somewhat unlikely that he would get a contract despite a number of rumors. 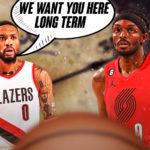 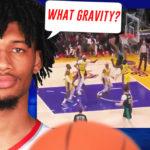 But the Trail Blazers turned to Anthony with their frontcourt almost completely decimated. After losing their first three games with Melo on the floor, Portland has rallied back to win the last three as Anthony has improved in nearly each and every game.

Who knows, maybe Carmelo Anthony can even help lead the Trail Blazers to the playoffs. Then apologies will really be in order from the NBA community.