Just close your eyes (after reading this paragraph) and imagine Howard at the free throw line. Then, picture Howard singing lines from your favorite Beyoncé song. Yes, you read that correctly.

In a recent interview with ESPN’s Tom Haberstroh, Howard this habit.

“I used to sing Beyoncé songs, that was my thing. I told her about it when I saw her. I said, ‘When I sing your song, I make my free throws.’ She seemed to like that.”

Over the course of his career, Howard has done many things to try and improve his free throw shooting, including working with a sports psychologist who was also credited for working with professional golfer Tiger Woods. Eventually, he decided to start singing Beyoncé songs in order to improve the weakest facet of his game.

Because of his issues at the charity stripe line, the “Hack-a-Shaq” intentional foul strategy is implemented on Howard regularly. 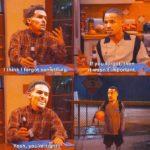 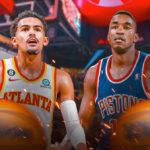 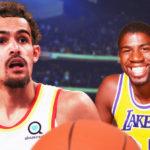 Dwight has only shot 60% from the free throw line once in his 12 years in the league. Last season, the 30 year-old big man hit a career-low in free throw percentage at 48.9. Clearly, Beyoncé’s music is not working any more.