The Miami Heat made a move on Wednesday. It’s hardly the blockbuster one might expect for the reigning Eastern Conference champions, but should still be a winning move.

Miami is sending Meyers Leonard and a 2027 second-round pick to the Oklahoma City Thunder in exchange for veteran swingman Trevor Ariza.

ESPN Sources: Oklahoma City is finalizing a trade to send Trevor Ariza to the Miami Heat for Meyers Leonard and a 2027 second-round pick. Leonard must still waive his no-trade clause because of the one-year Bird restriction on his deal, which he’s expected to do for Miami.

Neither Leonard nor Ariza has played this season.

Leonard has been wrapped up in controversy after he used an anti-Semitic word on a Twitch livestream. He was always a likely candidate to be traded.

Ariza has not played because of an ongoing custody battle. It remains to be seen when he will take the floor again, as he did not set a timetable for return.

What is there to glean from this minor transaction? Let’s break it down.

Should Ariza suit up for the Heat, he has quite a bit of value as a “3-and-D” guy with recent starting experience.

The 35-year-old started in all 21 of his appearances with the Portland Trail Blazers last season, averaging 11.0 points, 4.8 rebounds, 2.0 assists, and 1.6 steals while also shooting 40 percent from beyond the arc.

Ariza provides tremendous length at the defensive end of the floor and can guard multiple positions. He should fit right in for a Heat team that boasts one of the best defenses in the NBA.

The perimeter shooting will be an even bigger key. Miami ranks 10th in three-point attempts, but just 25th in three-point percentage. Ariza should provide added spacing and give the Heat some more scoring whenever he is on the floor. That is vital for a team that currently ranks 24th in offensive rating.

This is hardly the flashiest of moves. Miami might still be after someone like LaMarcus Aldridge, pending a potential buyout.

However, these fringe moves have the potential to pay big dividends for the Heat as they continue to climb the Eastern Conference standings. Plus, Ariza is on an expiring contract

This deal was not about Leonard for Sam Presti or the Thunder. In fact, the Thunder are expected to wave Leonard once the deal is finalized.

No, this is about the draft pick. 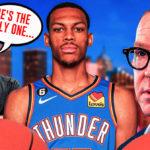 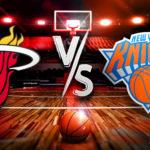 A 2027 second-rounder seems inconsequential, and it is right now. But OKC’s acquisition of yet another pick underscores the direction Presti is taking.

The Thunder have 19 first-round picks (or swaps) and 16 second-round picks in the next seven drafts, per StatMuse.

OKC now have 19 first round picks/swaps and 16 second round picks in the next 7 drafts. pic.twitter.com/M7wFIFxSnI

That is immense. Not only do the Thunder have the opportunity to select numerous first-round talents, but also hold the ability to move picks in the event they have a star on their radar in the coming seasons.

If nothing else, the trade signifies Presti is finding every excuse to build future capital. He has not deviated once from this path since the beginning of the offseason. The craziest part is this: the Thunder are still competitive!

Again, it’s not a spectacular move. But it’s a smart one. 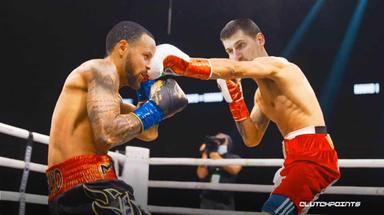