Miami Heat star Bam Adebayo may be busy amidst the 2020-21 NBA season, but he has not forgotten to remain vocal about what matters most.

The 6-foot-9 center makes sure to let everyone remember about the Black Lives Matter movement by finishing his virtual press conferences with those three words, per David Wilson of The Miami Herald. On Friday, Feb. 5, Adebayo ended by greeting Trayvon Martin a happy birthday.

This is definitely an amazing gesture from the Heat All-Star, who made sure to remind everyone of Trayvon Martin and his memory.

Martin, who would have been 26 years old today, came into the national spotlight nearly nine years ago after he was gunned down and killed on Feb. 26, 2012, 21 days after his 17th birthday. Along with the Heat big man, many other NBA players have offered support in the situation.

Martin, a Miami native, was shot by 28-year old George Zimmerman, a neighborhood watch volunteer. Zimmerman, who admitted to fatally shooting the unarmed teenager, has repeatedly claimed that he did it out of self-defense. Over a year into the investigation, Zimmerman, a Hispanic, was acquitted of his charges. 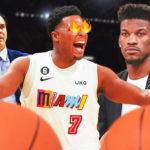 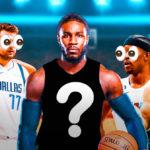 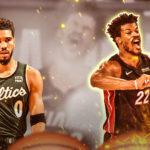 The NBA has become one of the biggest advocates of the BLM movement and this became their signature cry during the bubble games in Orlando, Florida. The movement came into prominence once again when a policeman killed a 46-year old African-American while under arrest.

His death, which came after the policeman knelt on the back of his neck for nearly nine minutes, sparked major protests all over the country, where several NBA players also joined. This is a wonderful gesture from the Heat’s Adebayo, who continues to make sure his voice is heard in the BLM community.