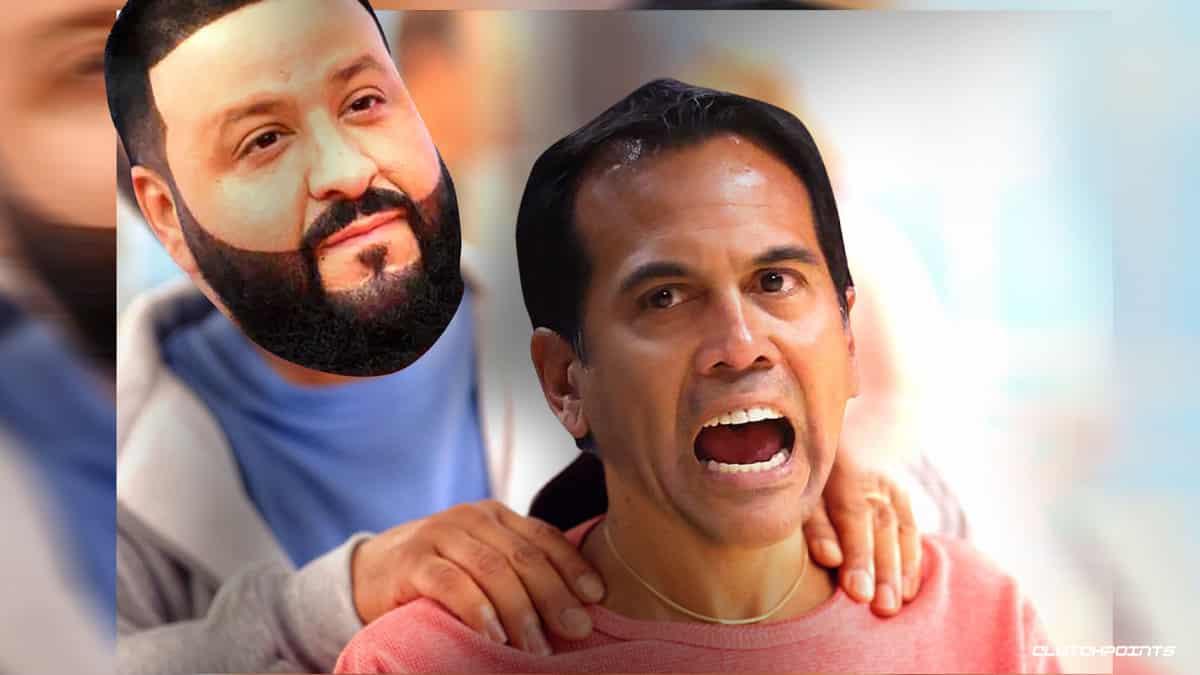 There were a number of memorable moments during Tuesday’s Game 5 contest between the Heat and the Sixers. It was a joy to watch Miami put in a full team effort to pummel Joel Embiid and the Sixers en route to a dominating 120-85 victory. However, another moment that stood out was when renowned record producer turned Heat fanboy DJ Khaled decided to give Heat head coach Erik Spoelstra a shoulder massage right in the middle of the game.

In case you haven’t seen the now-viral moment from Game 5 of the Heat-Sixer series, here it is for your viewing pleasure (h/t ClutchPoints on Twitter):

After the game, the Heat coach spoke out about the rather peculiar yet highly entertaining encounter. Spoelstra had a simple 10-word response to describe how he feels about it:

“I was humbled to be a part of that moment,” Spoelstra said, via Tim Reynolds of the Associated Press.

Spo on the @djkhaled shoulder rub: "I was humbled to be a part of that moment."

What a moment it was indeed. After all, it’s not every day that you get an impromptu shoulder rub from a Grammy Award-winning artist right in the middle of a playoff game. Sounds like the Heat coach just wants to cherish the moment.