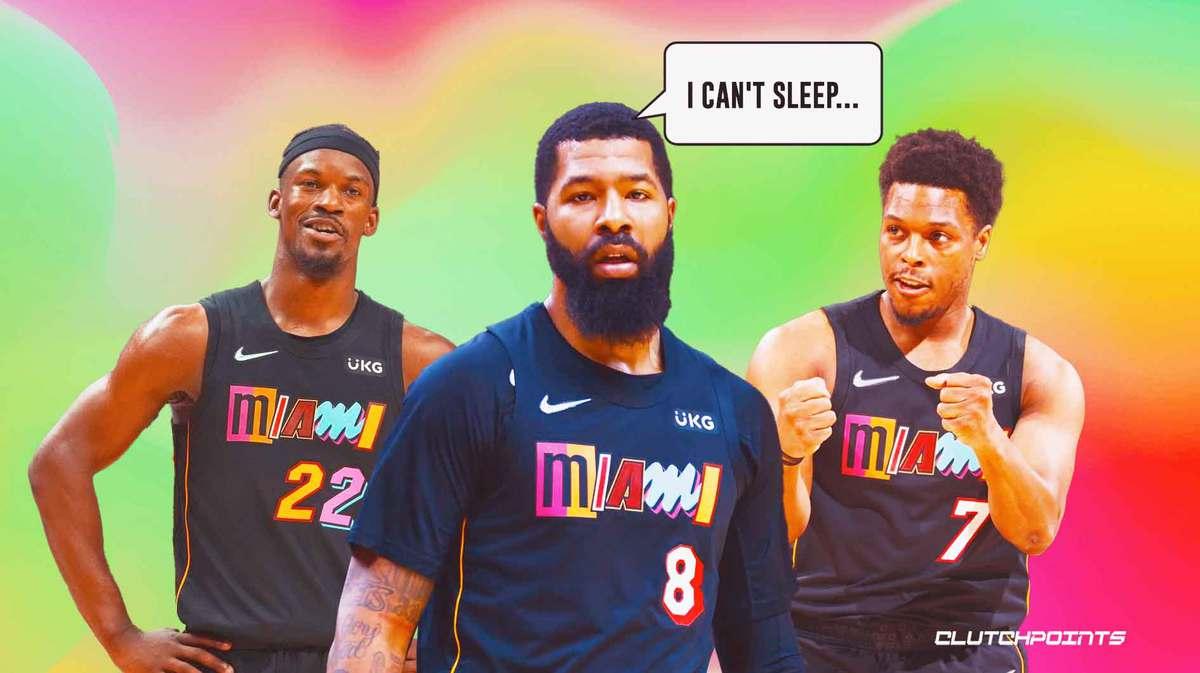 After a long road to recovery, Markieff Morris is finally back on the court for the Miami Heat. The burly forward has missed a chunk of the regular season after taking a nasty hit from Denver Nuggets star Nikola Jokic. Since then, Morris has been recovering, taking his time due to the nature of neck and back injuries being delicate.

After playing in the Heat’s 114 – 103 loss to the Minnesota Timberwolves, Markieff Morris spoke about the aftermath of his incident with Nikola Jokic. The forward admitted that he had trouble sleeping after the incident at times. (via Miami Herald)

“For the first two weeks, I probably didn’t sleep based on that happening to me and not being able to control the situation. One of the first times in my life I couldn’t control something… I moved past it. It took me a while. My grandfather called me a bunch of times and told me to move on. That’s what I did.”

Asked whether Jokic reached out to him at any point, the Heat forward vehemently replied:

It’s understandable why Morris resents Jokic so much. The blow to the Heat forward’s back could’ve been dangerous, as it could have led to a damaged nervous system. That’s mainly the reason why the organization was cautious about Morris’ return, as neck injuries are sensitive to deal with.

Nonetheless, the Heat are happy that Morris is finally back on their roster. Despite the loss, the near future looks bright for the team, as they are getting back some of their key pieces right at the brink of the playoffs.