Kansas football is flying high this season and is just one win away from their first bowl appearance in 13 years. However, star quarterback Jalon Daniels hasn’t played in two weeks after suffering a shoulder injury in a nailbiting loss to the TCU Horned Frogs. While there were reports that he could miss most of the season, Daniels quickly fired back and made it clear that wasn’t the case.

Although his status is still unknown for this weekend’s matchup with Baylor, Daniels took a critical step in the right direction on Wednesday. He practiced in a limited capacity. 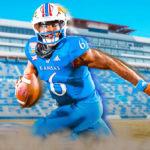 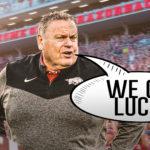 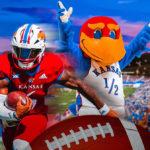 Massive. Jason Bean has been filling in and continues to do a nice job, but Daniels is just a different breed and one of the leaders of this Jayhawks program. He’s even put himself in the Heisman conversation, completing 78% of his passes for over 1,000 yards, 11 touchdowns, and just one interception. The man can sling it. He’s also a serious weapon with his legs.

Kansas will have several tough matchups ahead. Oklahoma State, Texas Tech, and Texas follow after the Bears. Having Jalon Daniels on the field wreaking havoc is going to be very important if they want to be in contention for the Big 12 title. As for making a bowl appearance, one more victory should definitely be feasible, whether it’s Bean or Daniels under center.