‘Thibs is Thibs’: Jalen Brunson gets 100% real on challenge of playing under Knicks coach Tom Thibodeau 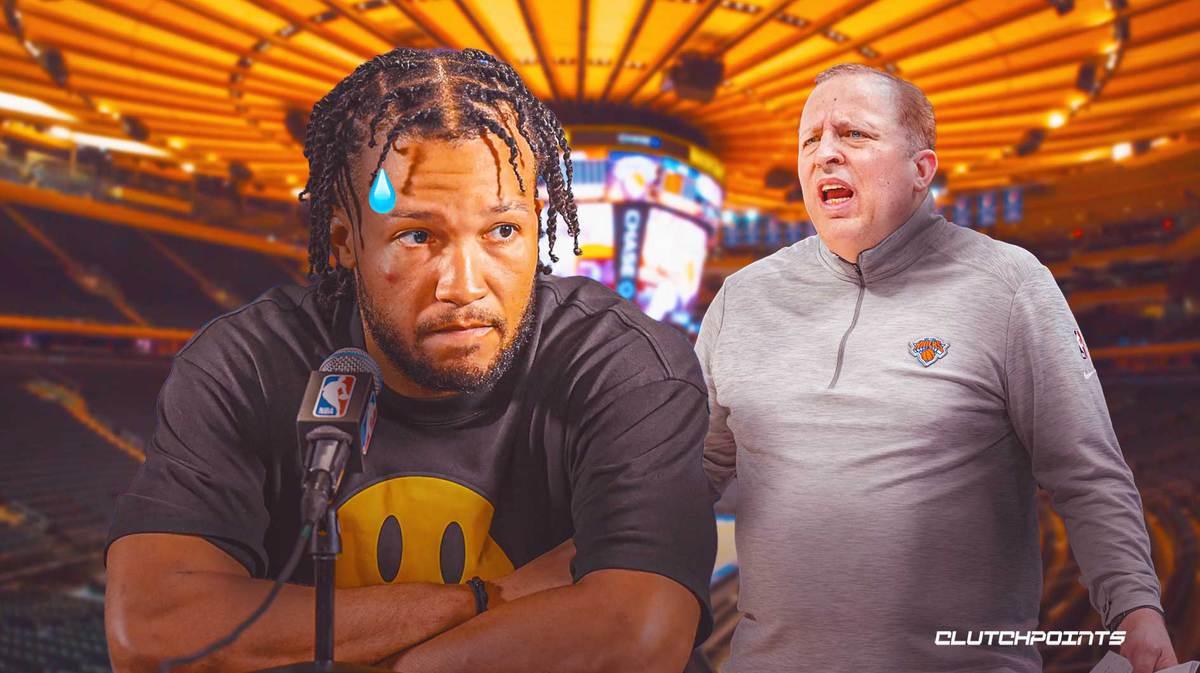 There’s going to be a lot of pressure on Jalen Brunson this coming season. The fact that he signed a massive new deal with the New York Knicks following a rather controversial back-and-forth with his former team, the Dallas Mavericks, is a clear testament to this notion. After all, there are going to be a lot of expectations from anyone who signs a $104 million deal with one of the most high-profile franchises in all of sports.

Apart from all the outside noise, Brunson will also have to deal with a considerable amount of internal pressure. Perhaps none more significant than that from head coach Tom Thibodeau. If you ask the 25-year-old guard, however, it seems like he’s more than ready for life under coach Thibs (h/t Geoff Magliochetti and Mike Fisher of FanNation):

“I don’t think I’m ever going to block him out,” Brunson said. “Obviously Thibs is Thibs. I think I’ve learned how to carry the message out of everything. When someone is getting on you or someone’s trying to motivate you to be better, you can’t really worry about if he’s yelling or screaming or whatever. You’ve just got to take the message and keep it moving.”

Jalen Brunson is obviously well aware of Thibodeau’s reputation as, let’s just say, a strong-willed coach. Nevertheless, the 6-foot-1 combo guard is not sweating it one bit.

“Me knowing Thibs for a long time, he knows that,” Brunson added. “I can be coached, I can be pushed. I’m not really too worried about that. I’m actually very excited because the fact that this whole thing is coming full circle is actually really special.”

Brunson also admitted that he’ll “definitely miss” Dallas and the Mavs, but at this point, it’s all about looking forward for him. He’s clearly excited about this new chapter in his life, and despite the pressure he’s going to be facing, Brunson is ready to take on the challenge head-on.