Alex Caruso was one of the most well-loved figures within the Los Angeles Lakers organization, which is why more than a few folks were saddened by news that the 27-year-old decided to take his talents to the Chicago Bulls over the summer. This included none other than LeBron James, who himself continues to stay in touch with his former teammate.

Caruso recently took to Instagram to share a few photos of himself in Bulls gear for the first time. LeBron caught a glimpse of Caruso’s fresh threads and The King couldn’t help but jump on the comments section.

As soon as LeBron saw his ex-Lakers teammate dawning his new uniform, he knew he just had to get his hands on them (h/t Sam Leweck of Lakers Daily): 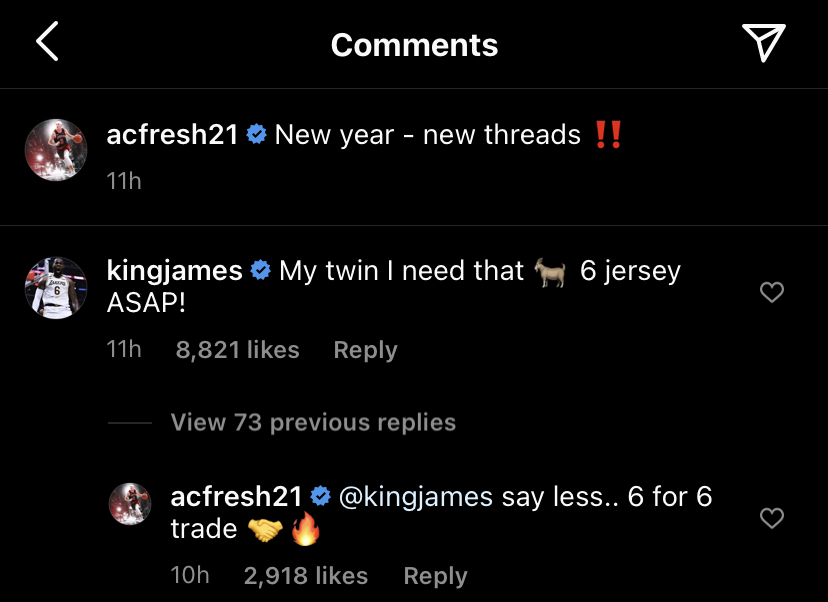 The fact that they’re both going to be wearing the No. 6 makes this exchange even more awesome. Now I just can’t wait until the Lakers host Caruso and the Bulls in Staples Center. That should make for a pretty epic jersey swap after the game. There’s no doubt that Caruso is going to be welcomed back by his former teammates with open arms, and the same can be said about the Lakers faithful in attendance.