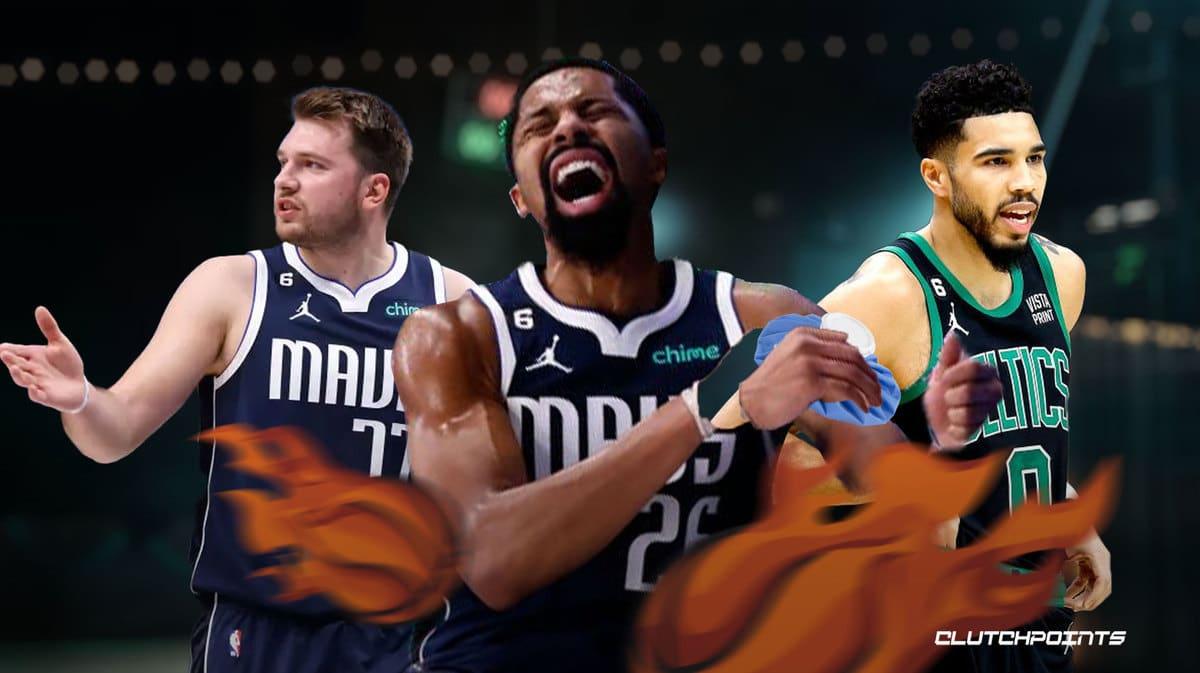 The Dallas Mavericks are slated to take on the defending Eastern Conference Finals in the Boston Celtics on Wednesday in a marquee matchup between two of the top teams in the NBA today. Unfortunately for the Mavs, they could come into the game shorthanded with Spencer Dinwiddie currently dealing with a shoulder injury.

Dinwiddie himself revealed that he dislocated his shoulder during Dallas’ 98-97 loss to the Denver Nuggets on Sunday. The Mavs guard said that his shoulder “just popped out” but that they were able to pop it back in. Dinwiddie said after the game that his shoulder was “all good.”

It might not be as good as he hoped, though, with the 29-year-old being forced to miss practice on Monday. According to Mavs head coach Jason Kidd, Dinwiddie was forced to watch his team from the sidelines:

“He just watched,” Kidd said, via Tyler Watts of Fansided. “He did some things, but he just watched pretty much our practice, but he feels good.”

The good news, however, is that Dinwiddie could still play on Wednesday vs. the Celtics: 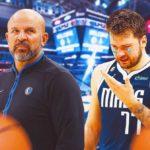 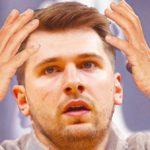 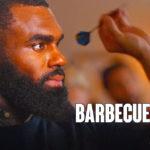 “Not that I know of,” Kidd responded when asked if he believes Dinwiddie will miss time because of the injury. “We will see how he feels tomorrow, but I am hoping that he’s ready to go on Wednesday.”

Luka Doncic has been nothing short of outstanding to start the season for the Mavs, but it is clear that he needs help. Dinwiddie has been integral to the Mavs this season, and not having him in the lineup would be an undeniably huge blow for Dallas.