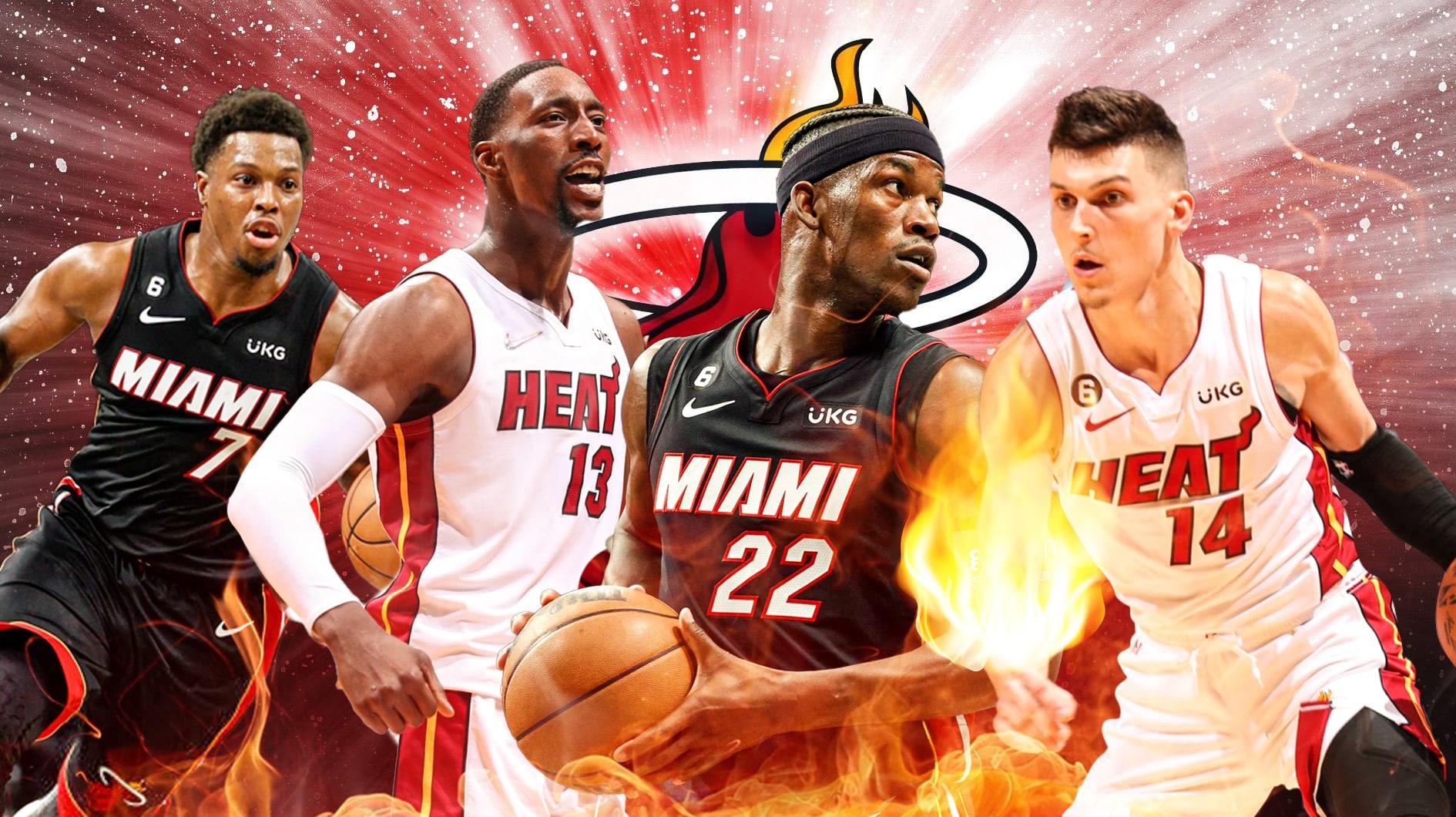 The 2022-23 NBA season is less than a week away, which means it is time for some Miami Heat bold predictions.

Tyler Herro earned Sixth Man of the Year honors. Jimmy Butler and Bam Adebayo had solid seasons once again. Most importantly, Miami had 53-29 record that was tied for third-best in the league.

As a result, the Heat enter 2022-23 with high expectations once again. With Butler at 33 years old, this might be one of the last chances Miami has to win a title with this core in place.

Here are three bold predictions for the Miami Heat in the 2022-23 NBA season.

3. Victor Oladipo has a comeback year

Victor Oladipo’s career suffered a major setback right at its peak. He was coming off two All-Star selections, winning Most Improved Player and an All-Defensive First team appearance when he suffered a ruptured quad tendon in his right leg in January 2019.

Since then, Oladipo has been traded twice and played in just 60 total regular season games. He joined the Heat for the final stretch of the 2020-21 season, appearing in only 12 games with Miami in the interim.

However, Oladipo seems to be the healthiest he’s been since his injury as 2022-23 dawns. If that proves the case, don’t be surprised if this is the year he finally regains much of his starring form.

In his last full season with the Pacers, Oladipo averaged 23.1 points, 5.2 rebounds, 4.3 assists and 2.4 steals per game. He also shot 47.7% from the field and 37.1% on his 3-point attempts. Last year with the Heat, Oladipo showed some flashes of what he can do. In the playoffs, he scored 23 points and recorded three steals with 50-50-100 shooting splits versus the Atlanta Hawks in the series-clinching game.

If there is one year to believe Oladipo will get back to being a regular impact player, this is the one. He is finally having a normal preseason and training camp, dedicating himself to his court production instead of recovering in the training room. He has an average of just 12.3 points during his time with Miami, but fans should expect Oladipo to get closer to 20 points per game this season.

2. Heat will complete an important trade during the season

The offseason was full of rumors, especially with many NBA big names asking for trades. Donovan Mitchell joined the Cleveland Cavaliers while his former Utah Jazz teammate Rudy Gobert is now with the Minnesota Timberwolves. Others such as Kevin Durant and Russell Westbrook stayed on their teams, but much could change before the trade deadline come February.

Notably, Miami was involved in many of those rumors. At one point, the Heat seemed like frontrunners to land Durant then Mitchell. However, neither star able to find his way to South Beach.

Compared to their roster last season, the Heat have few yet significant changes. The team drafted Nikola Jović in the first round of the 2022 NBA Draft, and he could earn some meaningful minutes as a rookie. Most importantly, they lost P.J. Tucker in free agency as the veteran signed with the Philadelphia 76ers.

Without Tucker, Miami lost an important rotation piece that contributed on both sides of the floor. A 3-and-D player who could be a small-ball center, Tucker will be missed by the Heat. There is a possibility they might struggle early in the season without a player fitting the veteran’s profile.

Fans can expect a game-changing in-season trade for Miami as a result. While it might not be for Durant or other stars, the Heat could still add other meaningful contributors. could be for important role players.

Old friend Jae Crowder is on his way out from the Phoenix Suns, and OG Anunoby has been in trade rumors for the better part of a year. Either would ably fill the void left by Tucker, giving Miami the defense and physicality it needs to compete at the top of the Eastern Conference.

Since Butler joined the Heat in 2019-20, the team has made it to the Eastern Conference Finals twice. That includes an NBA Finals appearance in his first year. Last season, they were one shot away from playing the Golden State Warriors in the finals, but Butler’s go-ahead three-pointer in the final seconds against Boston came up just short.

Even though some things have changed since spring, Miami has a good shot as a contender this season. If they acquire a player like Crowder, their chances of making another Eastern Conference Finals appearance significantly increase.

All things considered, especially if the front office makes a big trade, the Heat will be one of the favorites to win the conference this season. As of now, the Milwaukee Bucks, Celtics and Philadelphia 76ers seem to be ahead of Miami, but there are still 82 games to go.

The Heat will put up a fight in the East, and fans will be very proud of the franchise after the regular season is over and they have one of the best records in the NBA.