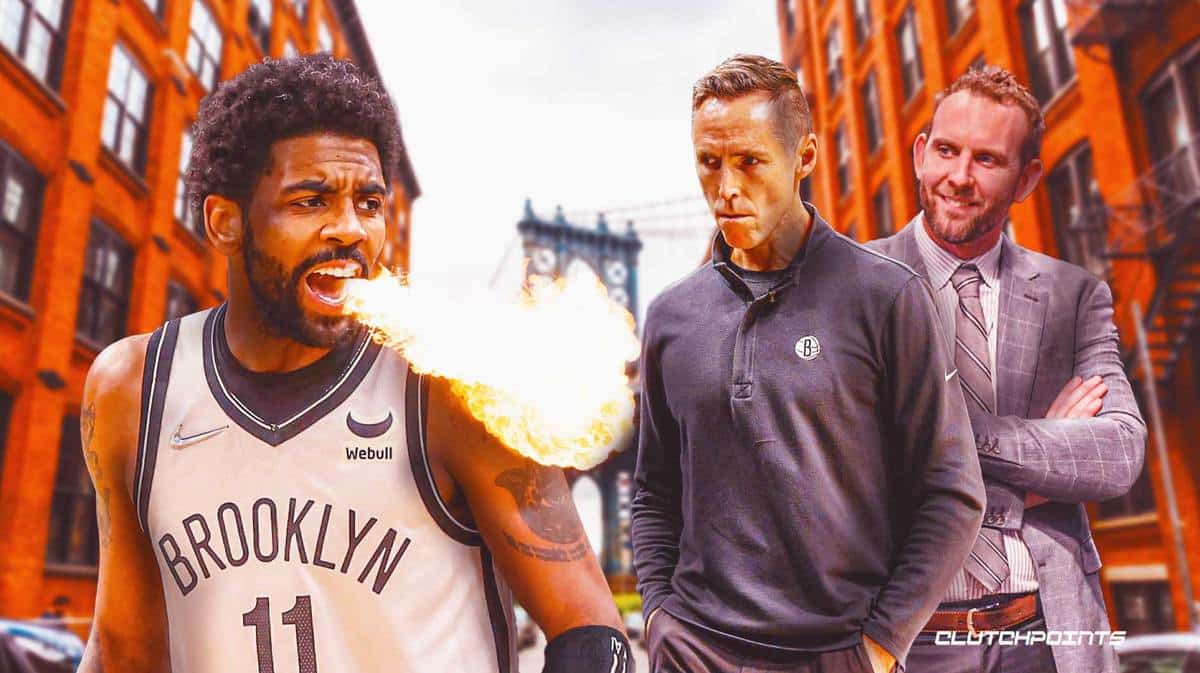 After Kevin Durant gave his trade ultimatum to the Brooklyn Nets and asked them to choose between him and Steve Nash and Sean Marks, a report surfaced that Kyrie Irving shares the same disdain for the coach and the GM. However, that seems to be not true at all.

Speaking to the New York Post, which also made the previous claim, Irving’s agent and stepmother Shetallia Riley Irving denied the report and emphasized Irving would never do or say such things.

“I am not sure where this narrative is coming from but Kyrie does not hate Steve nor Sean. That’s not a part of his being nor how he represents himself in the world. He’s about peace, love and acceptance,” Shetallia Riley Irving told The Post.

For what it’s worth, Kyrie Irving’s agent refused to comment if the superstar guard also wants Steve Nash and Sean marks fired like Kevin Durant.

The trade saga in Brooklyn is definitely getting messier as weeks go by. While there were initial hopes that Durant and Irving could still suit up for the Nets in 2022-23, that doesn’t appear to be possible now with relationships falling apart.

The Nets do seem determined to trade Durant and Irving, but it still depends if they can get the return they want. As things currently stand, though, they haven’t received any offer that would move the needle for them. Not even a package from the Boston Celtics centered around Jaylen Brown was enough for them to pull a trade.