The Houston Rockets will face off against the San Antonio Spurs on Thursday night, but it sounds like they could be without the services of Chris Paul and Eric Gordan, according to a report from Jonathan Feigen of the Houston Chronicle.

Though he was able to get some shots up during Wednesday morning’s practice session, Paul, now 32 years of age, has been dealing with a sore right groin. In his 31 appearances with the Rockets this season, the former No. 4 overall pick in the 2005 Draft has posted averages of 19.4 points on 46.0 percent shooting from the field (40.3 percent from beyond the arc), 8.6 assists, and 5.7 rebounds. 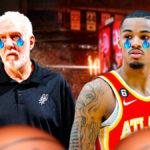 Gordon (back) played just ten minutes in Tuesday’s 114-107 win over the Orlando Magic. The former Indiana Hoosier has played 47 games with the Rockets this season, averaging 19.1 points on 42.1 percent shooting from the field (33.6 percent from downtown), 2.5 assists, and 2.4 rebounds. If he isn’t cleared to play in Thursday game, Gerald Green would likely be given a starting nod.

Thursday night’s matchup between the Rockets and Spurs is set to tip inside the AT&T Center at 8:00 p.m. EST with TNT having live broadcast coverage. As always, be sure to keep your browsers locked on ClutchPoints for more updates on this topic as they become available.