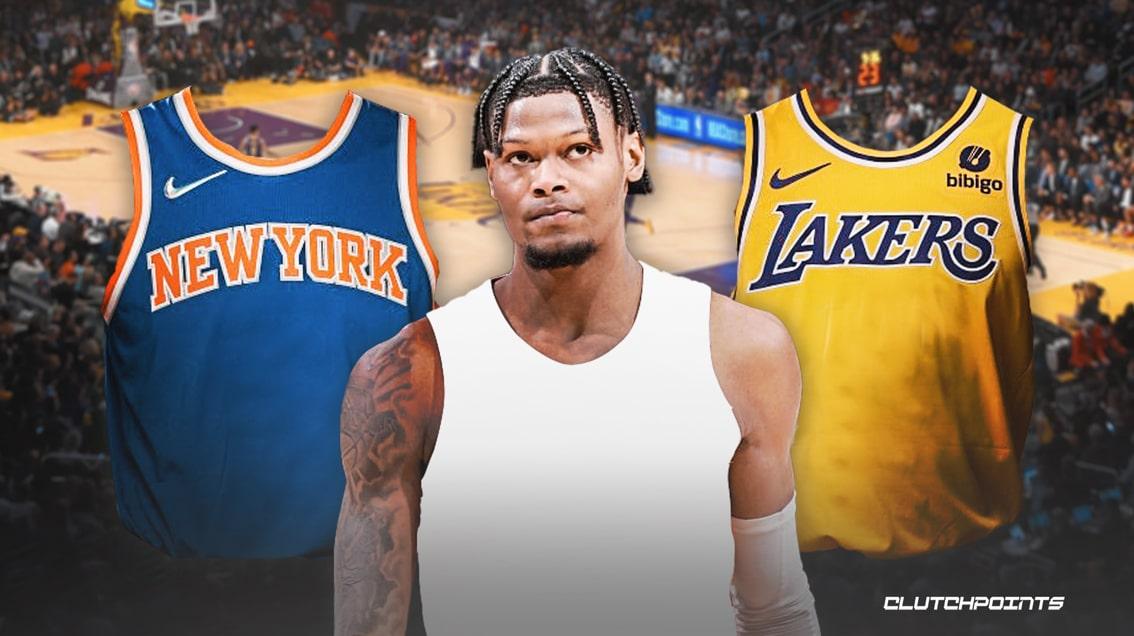 Less than a year after the New York Knicks acquired swingman Cam Reddish from the Atlanta Hawks, the 6’8 guard/forward may be on the move once again, this time to the Los Angeles Lakers.

Understandably upset with his playing situation, Reddish has reportedly asked out amidst trade interest from the Lakers, according to the New York Post.

“The Post has learned Reddish wants a change of scenery from New York after he was traded there in January and didn’t initially crack the rotation to build confidence,” the New York Post report stated.

With trade talks for Donovan Mitchell between the Knicks and the Utah Jazz heating up, the Lakers could insert themselves into the deal and take a chance on the 23-year old Reddish, who still has tons of potential as an explosive two-way scoring wing, the report continued.

“The Lakers have interest in the 6-foot-8 Reddish and could be part of a three-team deal with Mitchell. If they aren’t included, the Knicks could do a separate deal with Los Angeles, perhaps to recoup a first-round pick they lost in a Utah scenario,” the New York Post added.

Cam Reddish, the 10th overall pick in the 2019 draft, collaborated last season with Hawks GM Travis Schlenk to find a move that would allow Reddish to find his footing as a more featured player in the league. The Knicks came calling in January after a stretch where Reddish scored over 30 points twice in five games. Reddish’s move to the Empire State just hasn’t worked out for both parties.

No one can blame Reddish for wanting out, as he has failed to emerge as the star he always believed he was capable of becoming with the Knicks. Perhaps Cam Reddish can learn the ropes on how to become an All-Star with the Lakers, with no one better to learn from than Hall-of-Famer LeBron James.