The TCU Horned Frogs had a pretty nice Sunday, as 4-star prospect Feron Hunt made his intentions known. He has decided to commit to TCU and join Jamie Dixon’s program.

This is yet another example of Dixon exceeding expectations early and often.

Hunt, a small forward out of DeSoto, Texas, is a 6-foot-7, 190-pound high school senior. He announced his decision by way of the mean streets of Twitter. He chose TCU over Baylor and Tulsa.

Prior to Hunt committing, Dixon already had two 4-star pledges for his 2018 recruiting class.

Hunt played for the Urban DFW Elite program on the Adidas Uprising circuit this spring and summer. 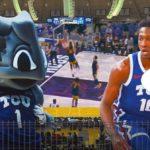 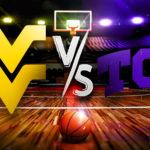 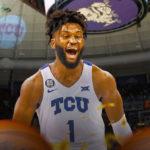 With Kenrich Williams entering his senior season and freshman Lat Mayen being the only other wing on the TCU roster, Feron Hunt should feel some TCU needs the moment he hits campus.

Dixon truly outperformed expectations last season. The Horned Frogs won 24 games and the Postseason NIT championship. This is a huge deal for a program that was, at least prior to Dixon returning to where he played his college ball, a disaster.

What will be interesting to follow is both TCU’s success on the hardwood during the 2017-18 college basketball season, as well as how recruits continue to react to the Horned Frogs becoming a relevant program in the vaunted Big 12 Conference.