New York Knicks swingman RJ Barrett could be a star in the making in front of our eyes. Breakout performances early in the season in his sophomore campaign have given credence that Barrett, the third overall pick in the 2019 NBA Draft, will turn into an All-Star much like his draftmates Zion Williamson and Ja Morant.

With Barrett earning praise and a whole heap of minutes from first-year head coach Tom Thibodeau, the Canadian guard has turned into quite the popular player among Knicks fans.

Here is the guide to the best gifts to can buy for RJ Barrett and Knicks fans. 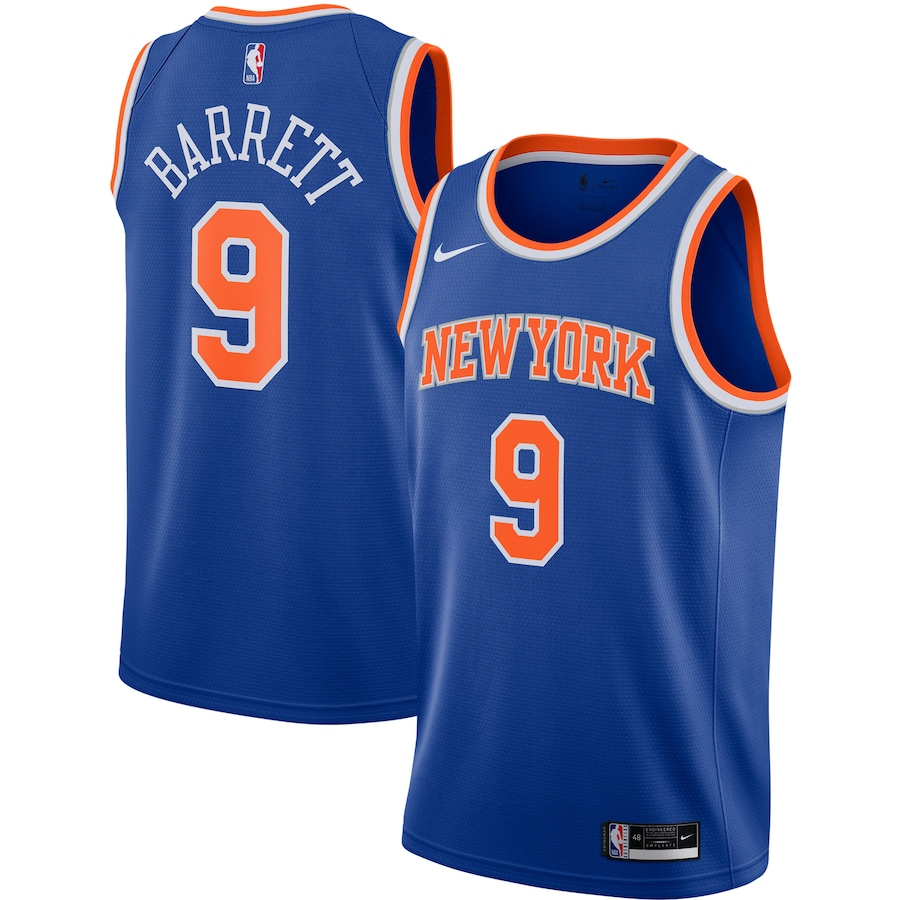 Why not start out with the basics? The “Icon Edition”—what they call Nike’s normally away outfit—is the rich blue color we have associated with the Knicks’ rotation of jerseys. RJ Barrett, in his second season in the Association, is a good investment for a new jersey given we all think he should be in New York for a long time.

You can’t call yourself a Barrett fan without at least one of his jerseys. 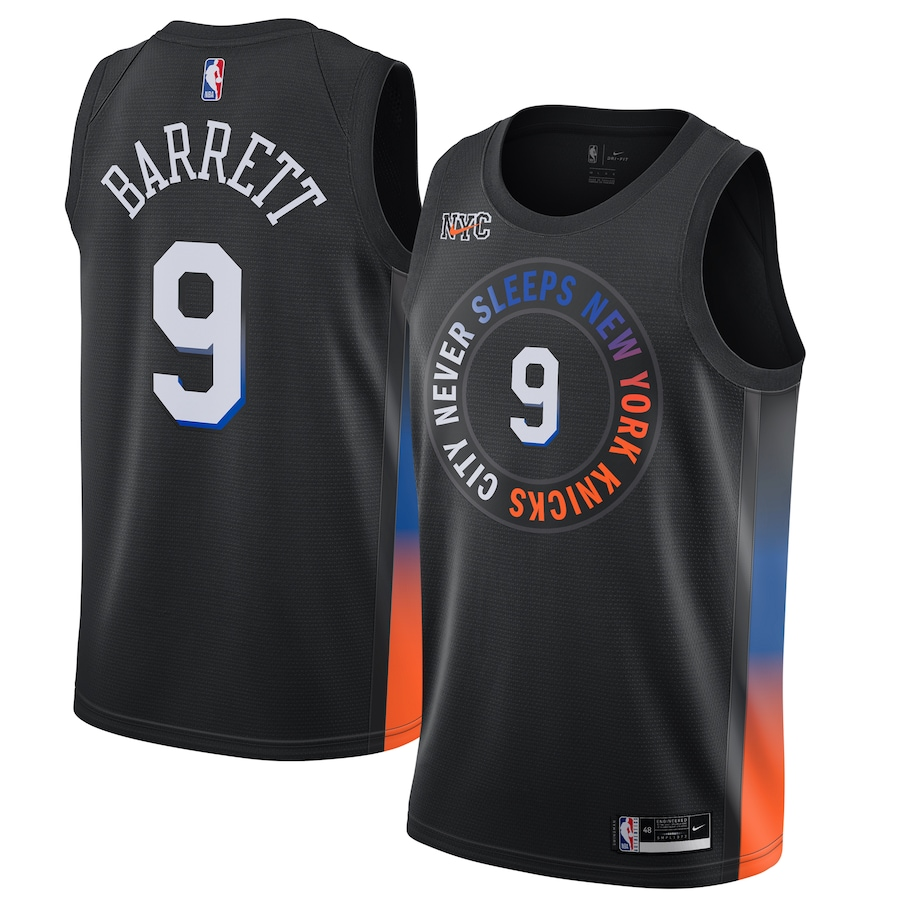 The 2020-21 City Edition gave us these new black Knicks jerseys with a circular logo on the front and blue-to-orange shading on the sides and on the text around the number on the front. If you’re trying to be more hip than the basic Icon Edition, you could gift the new City Edition RJ Barrett jersey for a change of pace. 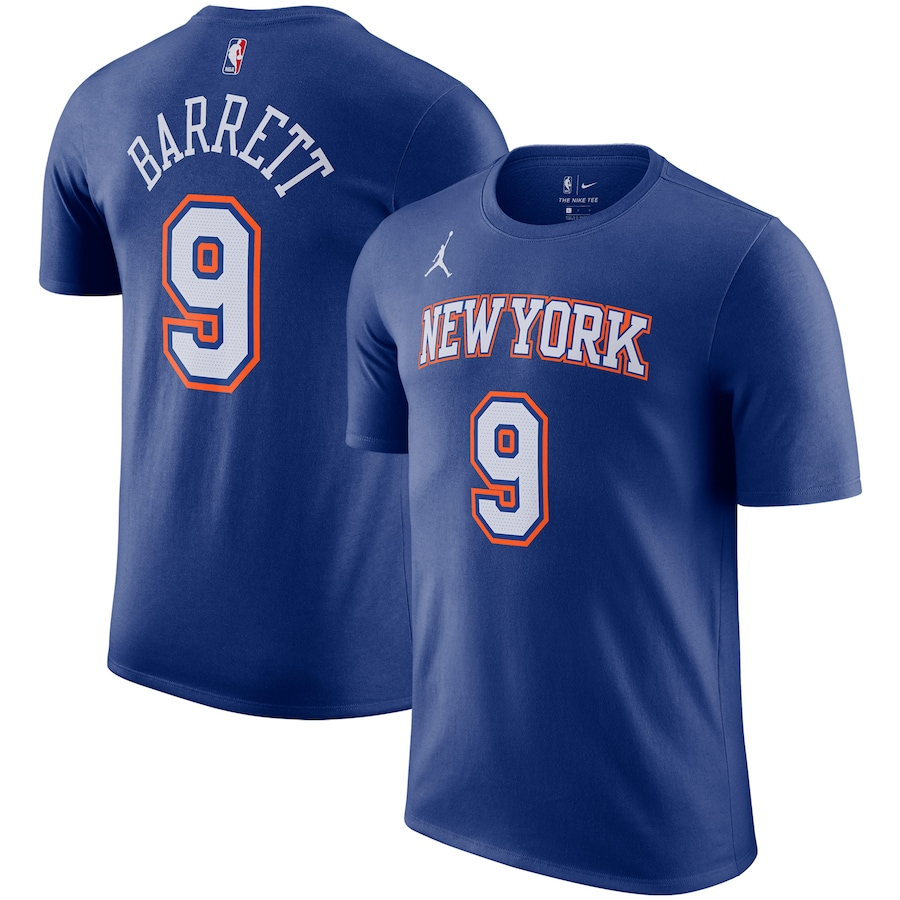 If you’re looking to purchase some Barrett merch without the jersey flair, the “shirsey”—shirt version of a jersey—is another good choice.

The Icon Edition shirsey is a more casual choice for fans to buy and wear whenever instead of the jersey option. 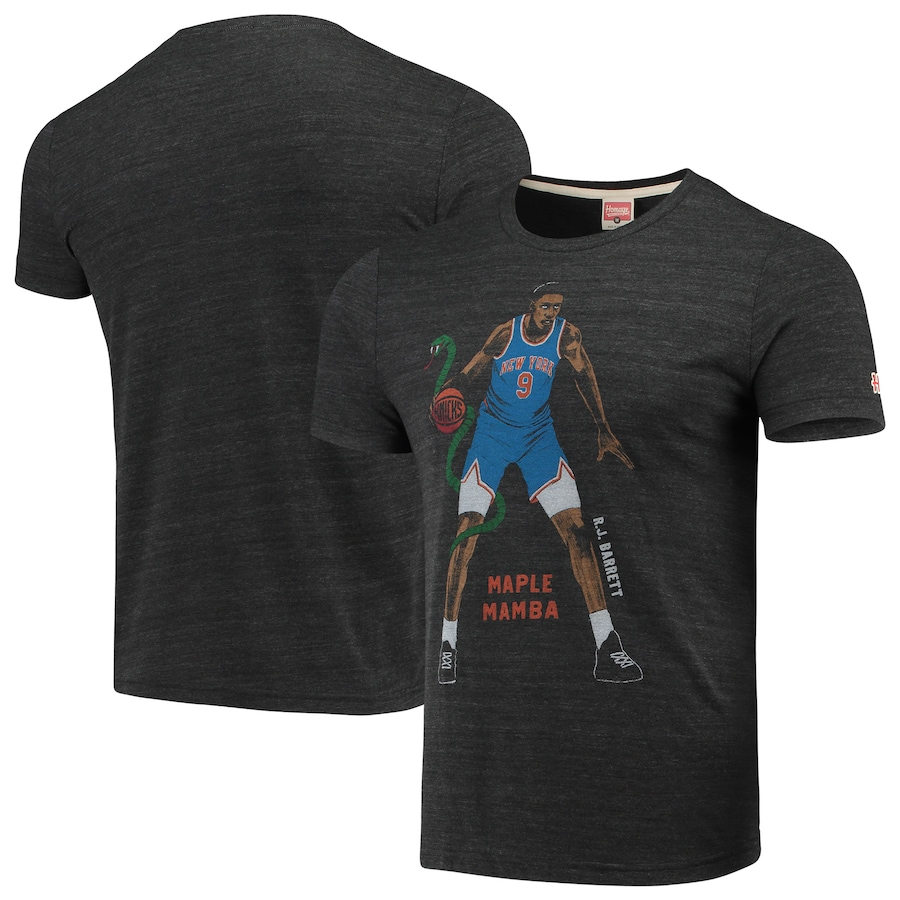 A more stylish version of a shirt for RJ Barrett fans is adopting his “Maple Mamba” moniker and purchasing this design of Barrett in defensive position with a serpent wrapped around his body. 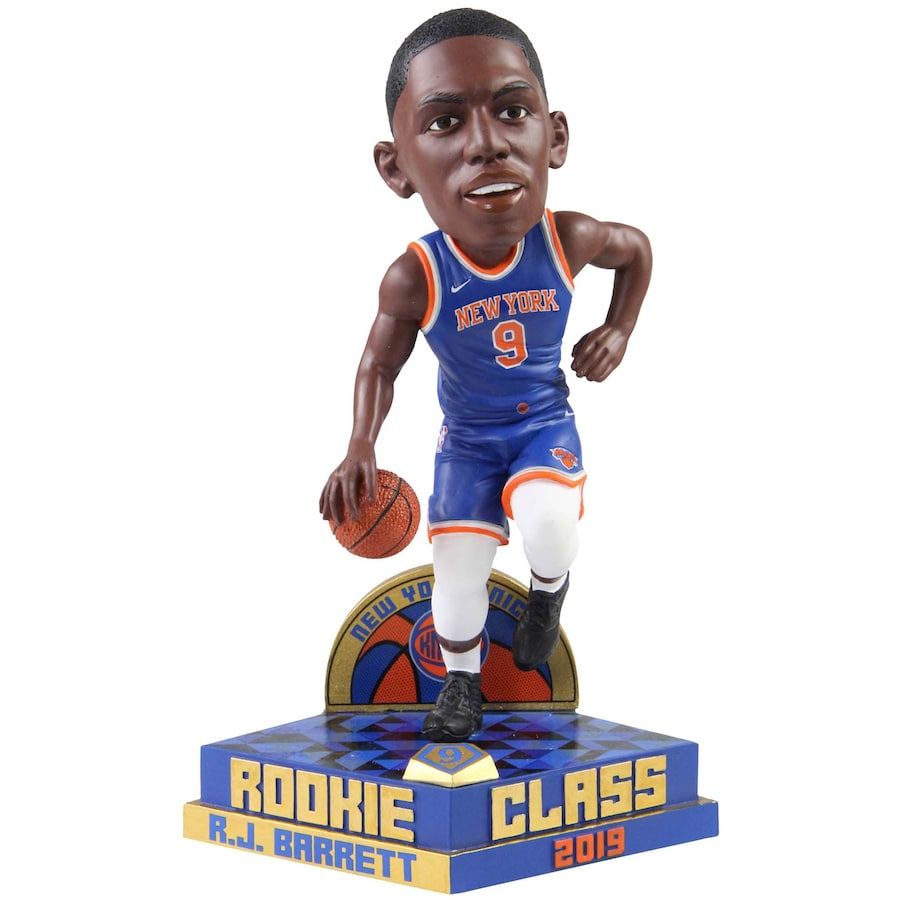 Lastly, one way to decorate your home or office is a throwback to RJ Barrett’s rookie season with the Knicks. Barrett was tragically left off the two All-Rookie teams this past season, but the No. 3 pick now comes in bobblehead form as a nice souvenir for the Canadian professional.

For Other Knicks Gear