The New York Knicks officially launched their 2020-21 City Edition jersey along with all the gear that comes along with it. Designed by New York–based streetwear guru Ronnie Fieg of Kith, the Knicks enter the upcoming NBA season with style, as their Nike City Edition jersey gets a facelift featuring a “City Never Sleeps” rebrand.

Let’s look at a few products offered by the Knicks to pick out the perfect City Edition–inspired outfit. Here’s the definitive ranking of the offerings. 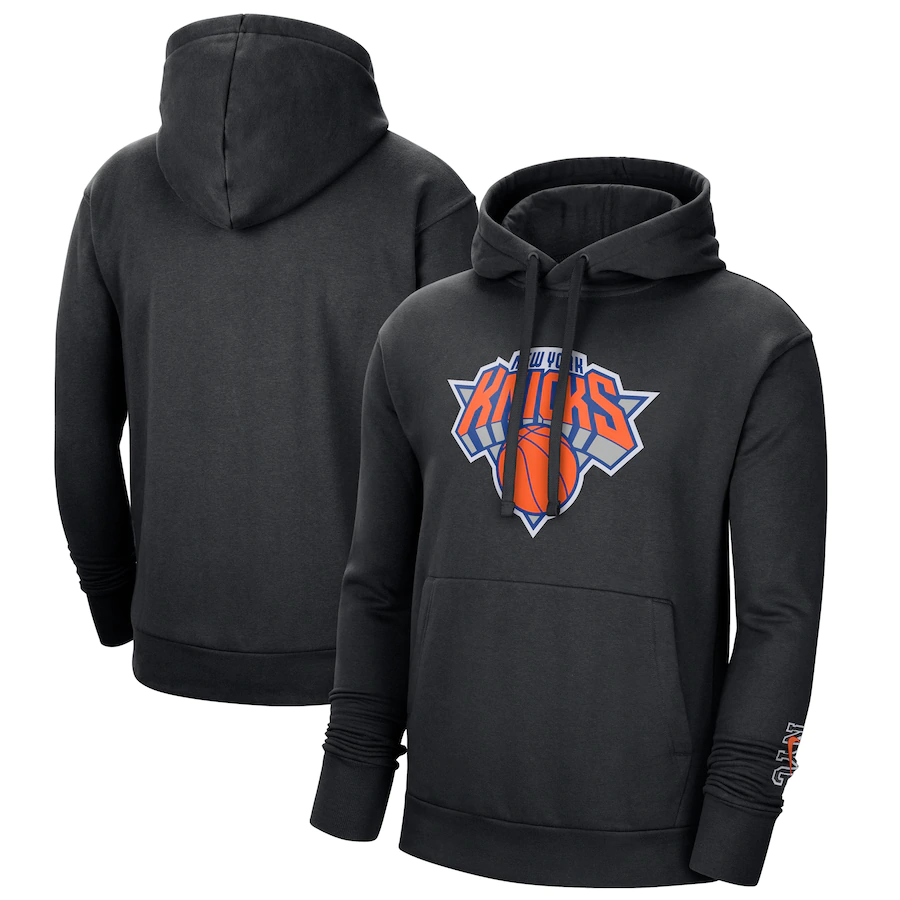 The first product is a sweet black hoodie—that can never do wrong—although the design is relatively simple. The Knicks’ iconic logo is emblazoned on the chest of the hooded sweatshirt along with a new alternate logo with an orange Nike swoosh on top of “NYC.”

It’s a solid cold-weather item to purchase without too much flair. 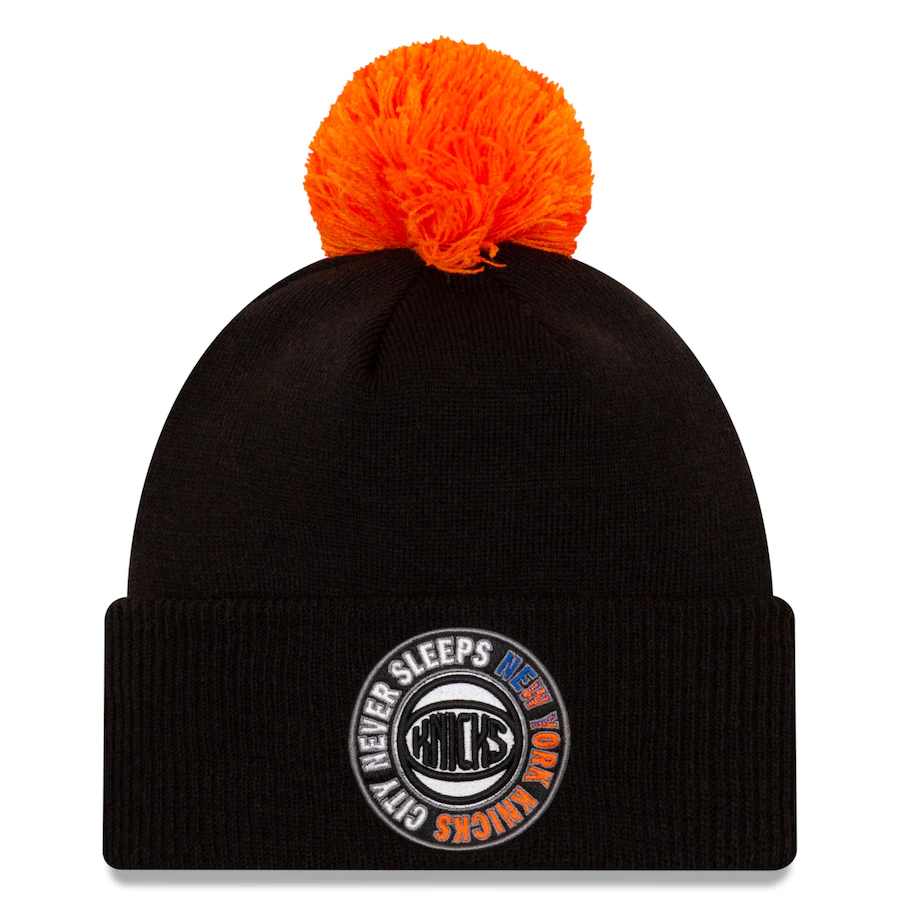 The next item, continuing with the upcoming winter theme, is a black knit hat with an orange pom on the top and the front of the headwear is the new “City Never Sleeps” logo along with the white, blue, and orange circle with “New York Knicks.”

This is a great buy for the winter. There has been a mini-controversy surrounding the actual jersey design, but the circular logo here looks great on the winter hat. 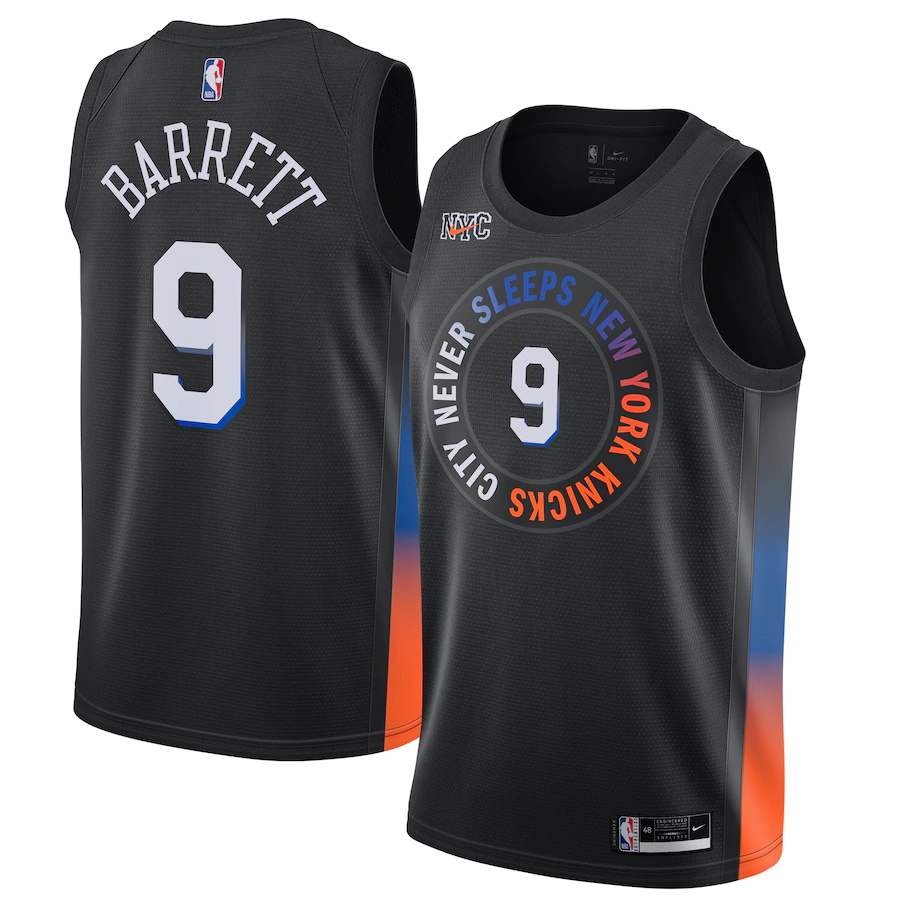 And speaking of controversy, here is the City Edition jersey, featuring the large circle in the middle of the chest with “City Never Sleeps, New York Knicks” going from white to blue to orange. Along with that is a gradient orange-blue on the sides and that distinct “NYC” Nike logo by the right shoulder.

Personally, it feels like there could have been more done to fit the theme of the “City Never Sleeps.” Instead, there is no connective tissue between the recognizable unofficial slogan for New York and what we see on the jersey.

Nevertheless, no City Edition collection is complete without the Knicks’ latest installment. 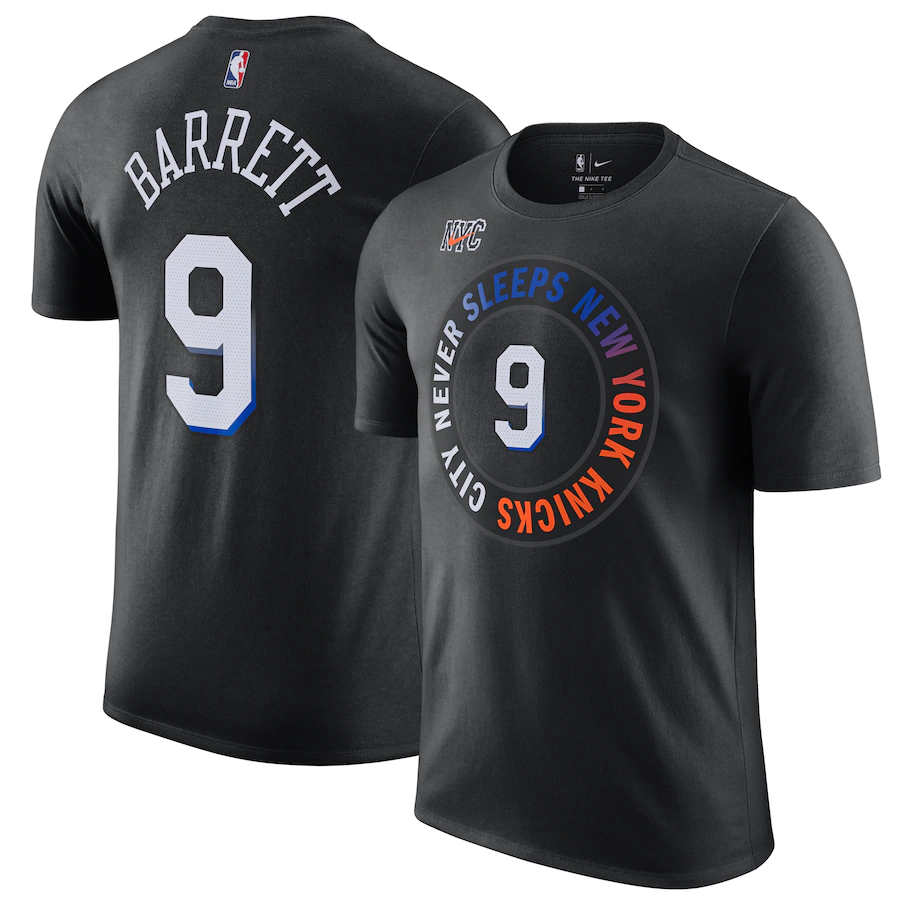 Perhaps a better alternative to buying the jersey version is the City Edition t-shirt depicting the circular logo and “NYC” one. This is the replica of the jersey (“shirsey”) and cheaper alternative.

One part they really nailed well was going with a black jersey, however. The Knicks have not had black elements in their jersey fully realized in about a decade and a half, and fans have been sorely missing the dark shade. 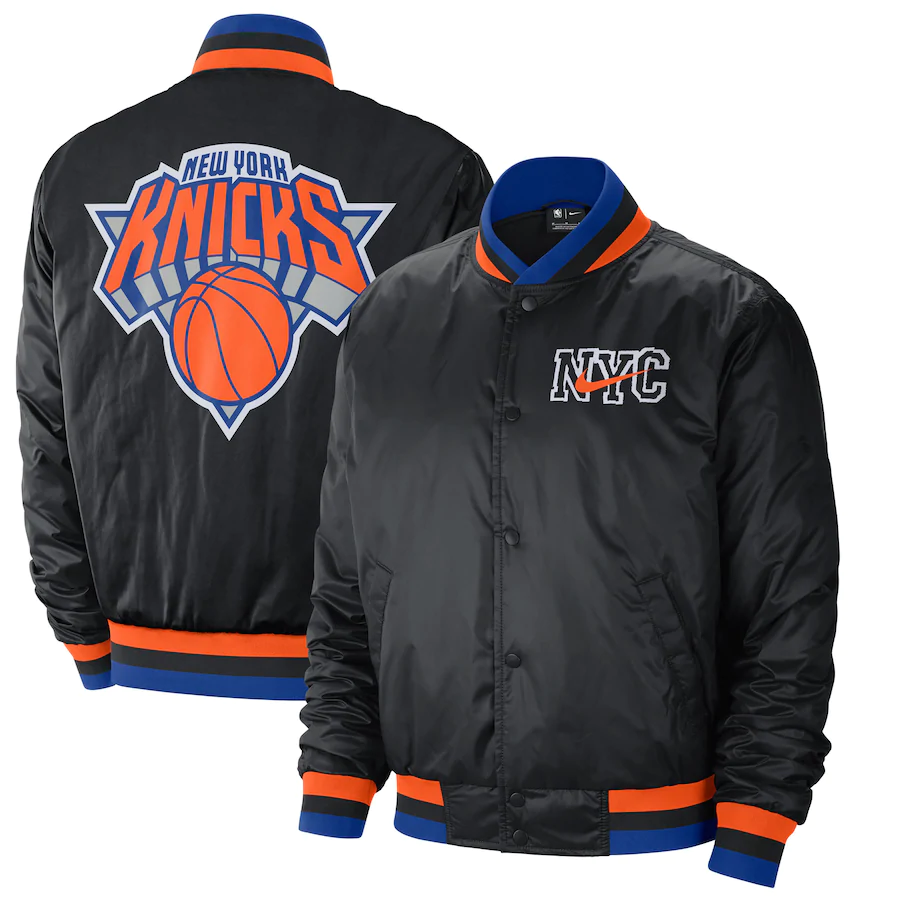 The NBA and NFL are both very well-known for iconic jackets. The Knicks’ City Edition version of it is this beautiful snap jacket that’s all black, minus the orange and blue trimming on the bottom and sleeves, without the circular logo and instead featuring the Nike “NYC” on the top left chest and regular New York Knicks logo huge on the back.

What a design. Divorced of the polemical “City Never Sleeps” part of the rebrand for the City Edition, the Knicks jacket is a very classy buy and should easily go into the regular rotation for dressing. 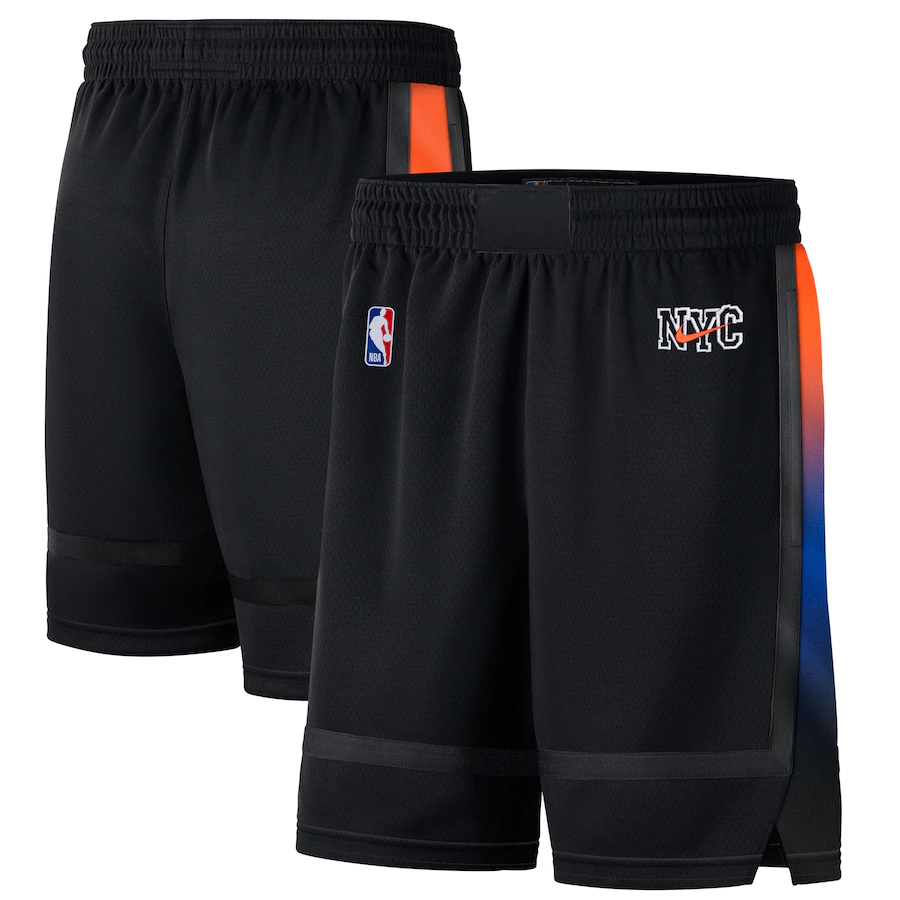 But the best item you can find are these instant-classic black shorts the Knicks are selling. Again, there’s no circular logo, it’s just the cool Nike swoosh over “NYC” on black shorts with the blue-to-orange gradient on the sides that fits way better in shorts form instead of long on the body on the jersey.

As much as fans have been starving for a black Knicks jersey, the black shorts are even better and should be great to hoop in, too.

For Other City Edition Gear