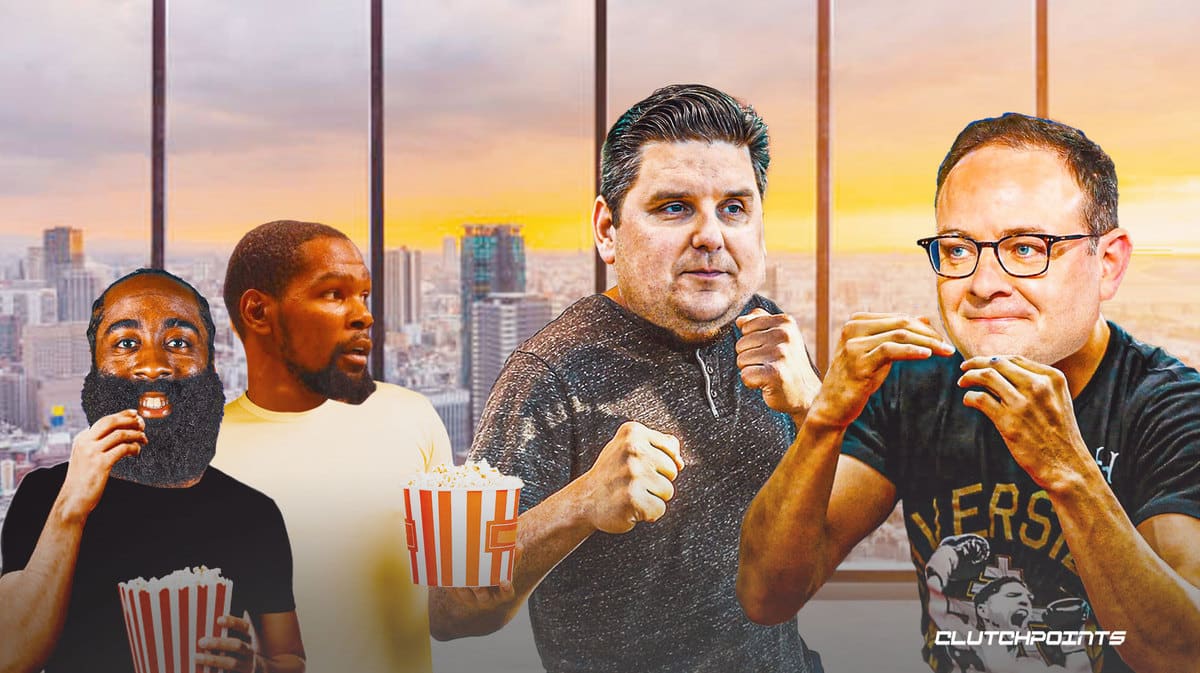 Nets Nation is on the edge of their collective seats wondering if James Harden, the superstar the Brooklyn Nets mortgaged their future for just a over a year ago, will be traded to the Philadelphia 76ers in a package centered around Ben Simmons.

Let’s get a quick recap of where things stood before ESPN’s Adrian Wojnarowski directly contradicted an ESPN colleague’s reporting on Wednesday.

On Monday, it was reported by Bleacher Report and ESPN that the Nets and Sixers had not really engaged in talks.

That may have changed Wednesday when Keith Pompey of The Philadelphia Inquirer reported:

Multiple sources said the Nets and Sixers engaged in trade discussions Tuesday and bickered over pieces to add to a potential deal….

Publicly, the Nets say they want to keep Harden for the rest of the season. However, sources say they’re split behind closed door. Some want to get rid of him now, thinking that he’s quit on the team and is destroying the chemistry.

Then, ESPN’s Brian Windhorst also poured some gas on the flames:

“Right now it’s about haggling the ancillary parts. … I am leaning towards this probably happening. I don’t want to guarantee it, but I think we’re heading in that direction.”

“I can’t tell you how much James Harden wants this. Because he basically, I mean you gotta be very careful using the q- word or saying whatever, but his actions over the last like 10 days, are basically a threat to the Nets.”

Windy went on to talk about the poor effort Harden exhibited during his four-point game at Sacramento. For what it’s worth, ClutchPoints reported that head coach Steve Nash said Harden was dealing with a hamstring injury during that same game, one that has since received an MRI.

ESPN’s Adrian Wojnarowski and Ramona Shelburne said that scan indeed revealed some tightness and the Nets were trusting that the injury is legitimate. So, maybe The Beard didn’t actually quit. He may have been worried about making the issue worse. After all, it was his Grade 2 hamstring issue which might have cost the Nets a title last season. It would make sense if the three-time scoring champion wanted to be conservative with any tightness there and not push himself.

Still, in the basketball world, it’s a pretty serious accusation to call someone a quitter.

Then Woj came to the rescue. Woj dropped his own bomb, casting a pale over anyone who wanted to believe Windhorst’s version of events.

Per Woj appearing with Mike Greenberg on ESPN:

“Right now, there’s no negotiation going on between Philadelphia and Brooklyn. … The idea that they are going back and forth that’s been surmised by some, I don’t believe that to be accurate.”

Just a couple of days ago, Woj and Ramona Shelburne reported that the Nets dismissed the Sixers advances. That is also essentially what Jake Fischer reported on Feb. 7.

When in doubt, go with Woj. It’s pretty funny that he blatantly contradicts his fellow ESPN reporter, with the two men clearly getting their information from different sources. The rumors are coming fast and furious, and Woj during the same appearance made clear he was not making a prediction for what could happen, he was just letting us know where things stand now:

Woj (continued): "Right now James Harden is likely to be with the Nets again. It's always fluid, but I don't sense an appetite from Brooklyn to do a deal that's simply Ben Simmons for James Harden."

Check back with us in another few minutes and maybe we’ll have a whole new update on the possible Harden-Simmons blockbuster. Kevin Durant and Kyrie Irving are probably glued to the news along with the rest of us. There sure is a lot of smoke on this topic for the Sixers and Nets to not even be talking yet, but that’s what Woj said.