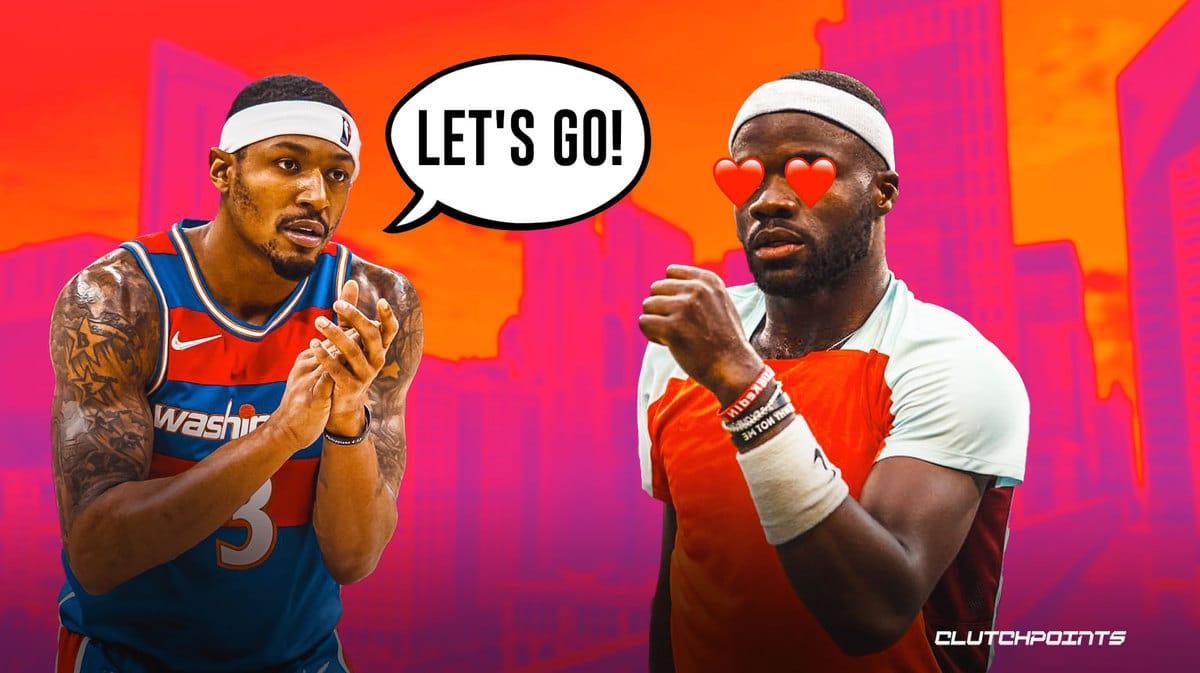 Frances Tiafoe is a huge Bradley Beal fan, and so when the Washington Wizards star was able to watch him beat Rafael Nadal in the US Open on Monday, he couldn’t help but relish the incredible moment.

Speaking after taking down the Spanish icon and advancing to the quarterfinals, Tiafoe gave a shout-out to Beal and shared how special it is to see the NBA star cheer for him from the stands.

“One of my favorite basketball players in the NBA, Bradley Beal was able to watch this, that means a lot to me [and] his wife. [Plus] my boy KCP and Alex McLean,” Taifoe shared, per Hoops District.

Bradley Beal, for his part, was really locked in during the contest. As Frances Tiafoe was dominating the showdown against Nadal, the Wizards guard was seen really intense and focused as he celebrated with the crowd. He also made sure to give the American tennis sensation a shout-out on Twitter following his incredible display at Arthur Ashe Stadium.

It’s safe to assume that Beal would be watching live again when Tiafoe takes on his next opponent in the US Open quarterfinals. He clearly enjoyed every bit of the Round of 16 clash between Tiafoe and Nadal, and who knows, his presence could very well give the homegrown star a massive boost.

Tiafoe is slated to face the ninth-seeded Andrey Rublev in the fight for a semifinal spot at Flushing Meadows.