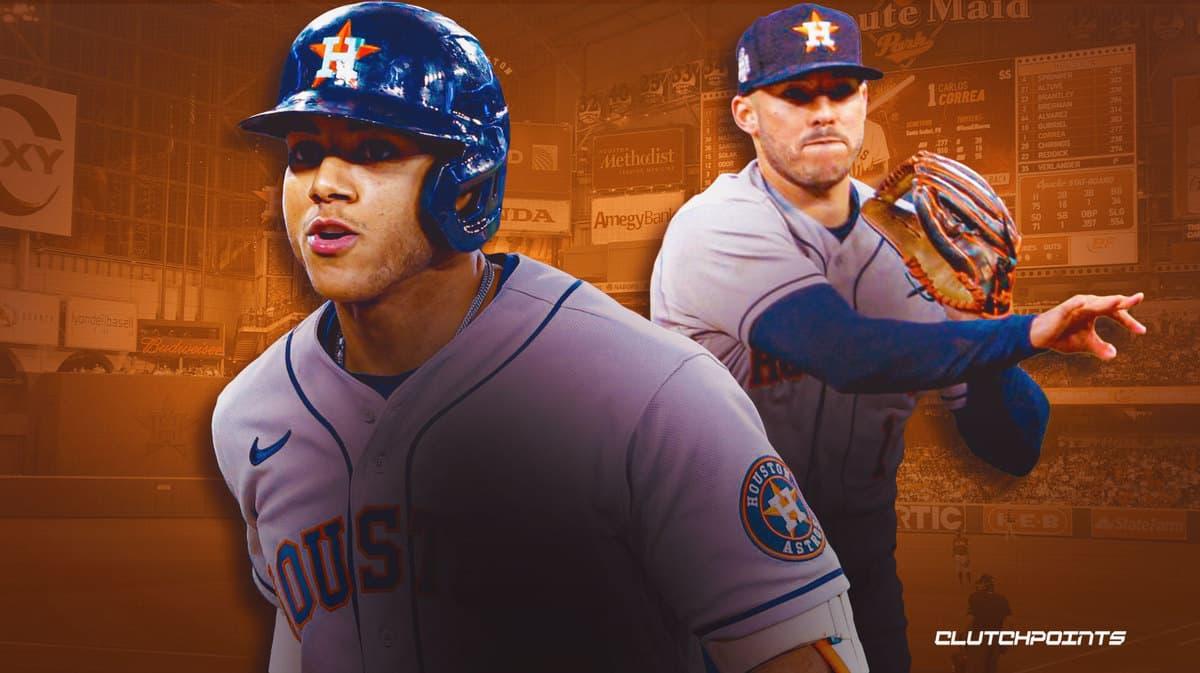 The Houston Astros moved on from longtime shortstop and franchise hero Carlos Correa this past offseason, as the free agent signed on with the Minnesota Twins, marking the end of his seven-year tenure with Houston.

While many expected there to be a crater-sized hole at shortstop in Houston following Correa’s departure, that hasn’t been the case, as rookie Jeremy Pena has wildly exceeded expectations through the first 31 games of the 2022 MLB season, as he has not only been an adequate replacement for Correa, but one of the best players in the MLB.

Pena has been so good that he has made the Astros’ decision to move on from Correa look like an excellent choice. Here are three ways that he’s done that.

3. Pena is an excellent hitter

Pena’s .878 OPS is higher than the .838 mark that Correa posted in seven years with the Astros. The Astros rookie also adds another dimension to the lineup with his speed, as he ranks in the 97th percentile in sprint speed, per Statcast.

No one is saying that he’s a better player than Correa, though the early returns are pointing to the fact that the Astros haven’t suffered one bit with Pena as a hitter.

While he has made five errors already, don’t let that fool you into thinking Pena is a subpar defender. Much like Correa was during his tenure in Houston, Pena is a major-plus as a defender, as he ranks among the league’s best in Statcast’s Outs Above Average statistic.

He is tied for second in the MLB with nearly 1.0 Wins Above Replacement on the defensive side due to his ability to make plays such as this one. He’s made some jaw-dropping plays for the Astros this year, thanks to his range and athletic ability.

It’s safe to say that there will be plenty more plays like that coming from Pena’s glove in the 2022 MLB season.

1. No moment is too big for Pena

Much like Correa, who has made a career out of stepping up in the postseason, Pena has a knack for the big moments. His first MLB homer occurred while his parents were being interviewed on live television. It took him just a few weeks to hit his first career walk-off, a two-run homer vs. the Toronto Blue Jays back in April.

And, on Tuesday night, Pena, who had missed the team’s last few games with a knee injury, made his return just in time to play against the Boston Red Sox at Fenway Park. A native of New England, Pena got the chance to play in front of the hometown fans on Tuesday night. What did he do?

He’s a rising star at the shortstop position- and it’s validating the Astros’ decision to move on from Correa.