Apparently, the Cleveland Cavaliers have not discussed a possible buyout with Kevin Love despite a recent report claiming otherwise.

After the Cavs made a move to acquire Lauri Markkanen from the Chicago Bulls, the focus shifted to Love and his future with the team. Our earlier report referencing writer Terry Pluto of Cleveland.com mentioned that the parties were “making progress” on a buyout, though it was emphasized that it’s not close to a done deal.

Now, according to Sam Amico of Hoops Wire, there is no truth to the report and the Cavs and Love “have not held any discussions about a potential contract buyout.”

The Cavs acquired Lauri Markkanen, and this likely means the end of Kevin Love's tenure in Cleveland.https://t.co/5TnpfLg9X5

The conflicting reports surely make Kevin Love’s status in Cleveland even more complicated. After all, it doesn’t look like he has a future with the team, given the presence of rookie big man Evan Mobley and the acquisition of Lauri Markkanen.

Then again, it’s easy to see why the Cavs don’t want to buy out his contract. That means they would be losing Love for nothing. 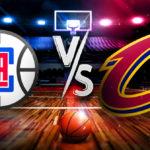 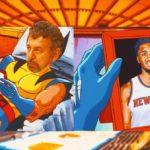 It remains difficult for Cleveland to trade the 32-year-old forward because of the two years and $60 million remaining on his contract. While it has been said they have plans to limit Love’s role if they are unable to trade him, that means he would be an overpaid backup.

Parting ways with Love makes the most sense for Cleveland, but it remains to be seen if it will be via buyout or trade.