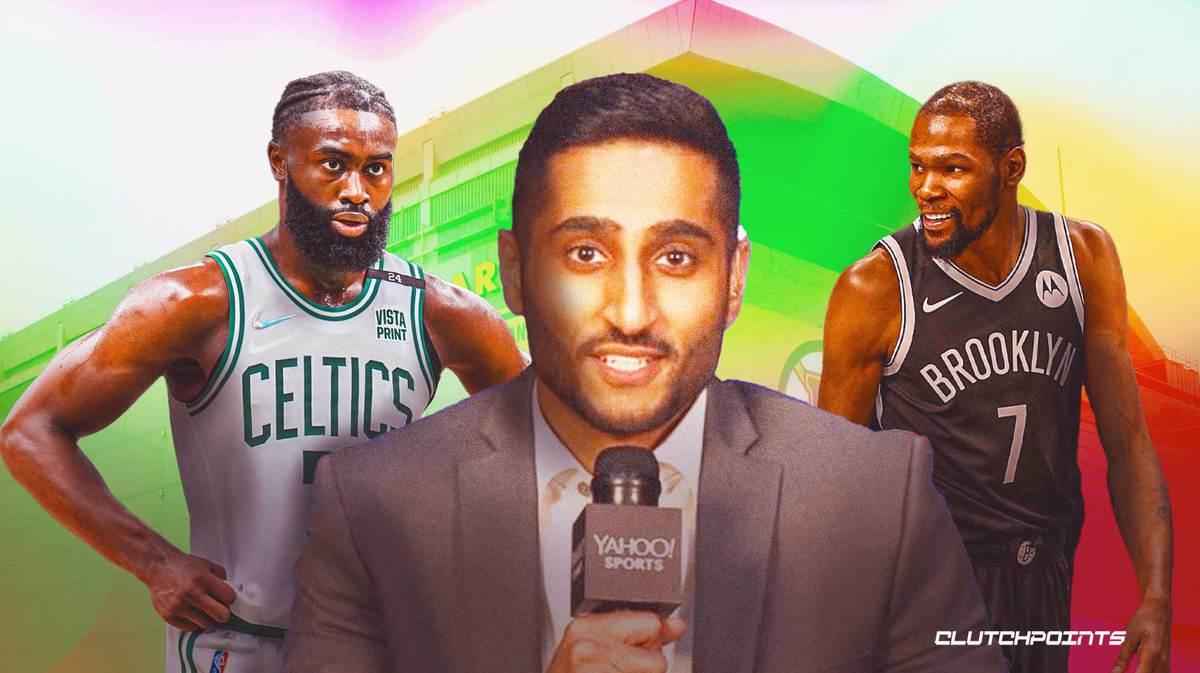 Jaylen Brown has been the talk of the town of late after it was revealed that the All-Star forward could be on his way to the Brooklyn Nets. Earlier reports claim that the Boston Celtics have made an offer to the Nets centered around Brown in exchange for superstar Kevin Durant. Apparently, Brooklyn rejected the bid and tabled a counteroffer that added Marcus Smart into the blockbuster package.

It appears that the two teams are now at an impasse amid their unwillingness to give in to each other’s demands. This puts Brown in a bit of a conundrum bow that he’s likely arrived at the realization that the Celtics are actually considering shipping him off.

According to NBA guru Shams Charania of The Athletic, however, Brown remains happy with his current situation in Boston. When asked if he’s heard anything about Brown’s temperature amid these trade links, Shams had this to say (h/t Celtics on NBC Sports Boston on Twitter)

“I don’t have any clarity on either which way, but obviously he’s under contract with the Celtics for two more years. And I haven’t heard anything about any type of displeasure that he’s had with the organization,” Shams said. “Overall over these last two, three years I think you’ve seen a lot of growth in the organization when it comes to Jayson Tatum, Jaylen Brown, Marcus Smart. … I haven’t heard of any significant displeasure from Jaylen Brown, any type of request or anything like that from his side as of right now.”

"I haven't heard anything about any type of displeasure that he's had with the organization."@ShamsCharania shares insight on Jaylen Brown's feelings towards the Celtics pic.twitter.com/qoy9P3enVW

You have to note that it was also Charania who dropped the bomb on Boston’s trade offer for the Nets. This is one of the most plugged-in reporters in the NBA, so in terms of being a reliable source, not many will dispute Shams.

For his part, it seems that Jaylen Brown is unaffected by all these rumors. For now at least.