Tony Allen explains how he would guard Clippers’ Kawhi Leonard

Retired one-time NBA champ Tony Allen has recently dropped some knowledge with regards to the defensive tactics he would use in order to try and stop one of the best offensive players in the game today in Kawhi Leonard of the Los Angeles Clippers.

Himself widely considered as one of the best defenders of his generation, Allen took to Twitter to provide an in-depth narrative of what he would have done if he had the opportunity to face off against Kawhi today.

@theherd asked me how I'd guard Kawhi and I couldn’t go in like I wanted but it took me somewhere mentally. It got me charged up and made me think to be honest!

Kawhi’s a mixture of a natural SG and PF.  I’d def crowd him on the perimeter, be physical/get under him and send him to the help like I did @kobebryant

I always knew my weakside had my back on all my squads. One of the reasons why I was able to be as relentless when on ball.

Of course, Allen had to bring Los Angeles Lakers legend Kobe Bryant into the conversation, shamelessly tagging his former on-court nemesis in his tweet. To be fair, Allen and Bryant did have their fair share of battles on the basketball court, and despite how gifted the latter was offensively, Allen would never back down, always putting up a remarkable defensive display against Kobe.

Allen went on to share his read on Kawhi and how he expects to use this against the reigning Finals MVP. 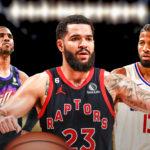 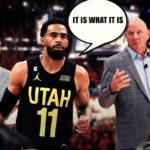 Also, as much as he’s developed as a guard, he’s still most comfortable with his back to the basket because he played PF in college. So I’d keep him away from the block at all cost.

There’s no stopping guys like this but take away as many strengths you can and live with it!

This would have been an overambitious yet grossly oversimplified analysis of Leonard’s game had it not come straight from Allen himself, but the fact that this roots from the extremely-high-basketball-IQ mind of the former six-time All-Defensive Team member, we definitely need to respect what he is saying here.

On Wednesday, the Houston Rockets did a pretty admirable defensive job against Leonard, as they were able to come away with the victory against the Clippers, 102-93. Kawhi still dropped a team-high 26 points on 10-of-24 shooting, though, while also adding three 3-pointers 12 rebounds, seven assists, a steal, a block, and four turnovers in 41 minutes of action. Those are still some stat sheet-stuffing numbers right there, but more importantly, the Rockets were able to prevent the Clippers star from completely dominating the game and leading his side to another victory.