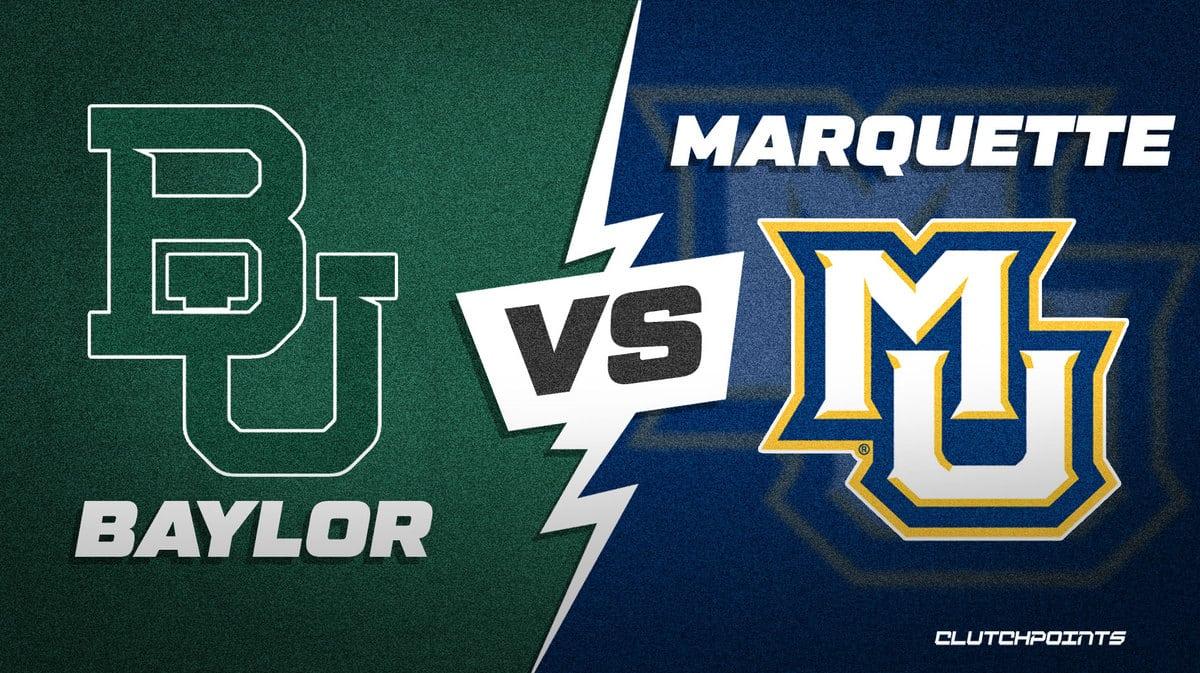 The Baylor Bears take on the Marquette Golden Eagles. Check out our college basketball odds series for our Baylor Marquette prediction and pick.

The Baylor Bears won the 2021 national championship but then watched fellow Big 12 school Kansas win the 2022 national title. Baylor is on a mission to reclaim Big 12 and national supremacy from Kansas, which has scored good wins over Duke and Wisconsin but lost to Tennessee in the Battle 4 Atlantis early-season tournament. Scott Drew no longer has Matthew Mayer, a member of the 2021 national title team who transferred to Illinois after the 2022 NCAA Tournament ended. It’s a different roster for a Baylor team which has been a top-tier force in each of the past three seasons in college basketball. Remember that in 2020, Baylor was in line to be a No. 1 seed for the NCAA Tournament, but the 2020 edition of March Madness was canceled by the pandemic. Can Baylor once again create an elite regular season worthy of a No. 1 seed, or is this a season in which we are going to see some slippage from the Bears? It’s a fascinating question to contemplate.

Baylor has lost in the first season, falling to Virginia, the 2019 national champion. Baylor did, however, bounce back from that UVA loss with a victory over UCLA, a team it very nearly met in the 2021 national championship game. Baylor’s defense, even more than its offense, has lacked rhythm early in the season. The Bears hope that they can make better rotations and communicate more effectively at the defensive end of the floor.

Marquette has lost twice so far this season. One of those losses was to Purdue, a loss which looks a lot better in light of Purdue’s subsequent wins over Gonzaga and Duke this past weekend. Marquette’s other loss was to Mississippi State in a defensive grinder, 58-55. Marquette needs more consistency and dependability from its halfcourt offense. Marquette head coach Shaka Smart came to Marquette two seasons ago from Texas. When he coached Texas, Smart’s main problem was getting enough offensive production. Shaka’s Texas teams went through crippling scoring droughts and could not minimize an opponent’s runs within games. This is likely going to be a challenge for this season’s Marquette team, based on what we have seen through the first three weeks.

Courtesy of FanDuel, here are the Baylor-Marquette College Basketball odds.

The Bears have the clearly better team with an established and proven identity. Baylor’s defense isn’t quite at the level Scott Drew wants, but Marquette does not have a team that is uniquely suited to exploit Baylor’s defensive deficiencies. This is a game in which Baylor’s defense should be able to improve. The Bears can physically impose themselves on Marquette. 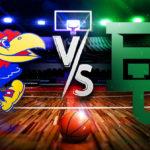 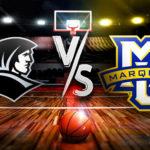 Why Marquette Could Cover the Spread

The Golden Eagles have weaknesses on offense, but Baylor’s defense is still settling into the season and trying to find the cohesion Scott Drew is looking for. Shaka Smart doesn’t have problems with his own team’s defense. Marquette can bother Baylor and drag the Bears into an ugly, low-scoring slog which is likely to produce a small margin of victory, thereby creating a situation in which Marquette can cover the spread.

This game is worth staying away from primarily because Baylor is not playing at home. The Bears might still need a few more weeks before they hit their stride. If you insist on a pick, though, take Baylor.