Dana White has put in a lot of work through the years to build the UFC into the brand that it is today. At this point, there’s no denying that this man certainly deserves some much-needed R&R.

This is exactly what White did during the Holidays as he took his whole family on vacation to Cabo, Mexico. Things took a turn for the worse, though, after the UFC President was caught on video in a physical altercation with his wife, Anne White, during a New Year’s Eve party.

In the now-viral clip, you can clearly see that it was Anne who slapped Dana first. The latter then retaliated by slapping his wife multiple times:

Dana White slapping his wife up in a night club🤯 pic.twitter.com/CAJXX1kCB7

Dana White has now broken his silence about the shocking video. The high-ranking UFC executive fully admitted his wrongdoing as he shed light on the incident:

“You’ve heard me say for years, ‘There’s never ever an excuse for a guy to put his hands on a woman,’ and now here I am on TMZ talking about it,” White said.

“… This is just one of those situations that’s horrible. I’m embarrassed.”

White also admitted that both himself and his wife had partaken in a considerable amount of alcohol during the party.

“There was definitely a lot of alcohol involved, but that’s no excuse,” White responded. “I literally am making no excuses for this thing at all. It’s never happened before. It’s the first time that it’s ever happened. People are gonna say what they’re gonna say, it’s just is what it is. And whatever people do say, it’s deserved. I deserve it.” 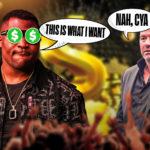 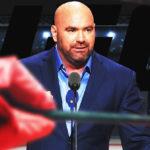 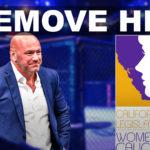 White said that at this point, he and his wife are more concerned with how their kids will process this fiasco. The couple has already settled the issue between themselves and they’ve both apologized for their role in all this. Right now, their goal is to move forward from this nasty incident as soon as possible.

Anne White echoed her husband’s statement. She too admitted to her role in the altercation while also backing up Dana’s claim of this being an isolated incident:

“Dana and I have been married for almost 30 years,” Anne said. “To say this is out of character for him is an understatement — nothing like this has ever happened before. Unfortunately, we were both drinking too much on New Year’s Eve and things got out of control, on both sides. We’ve talked this through as a family and apologized to each other. I just hope people will respect our privacy for the sake of our kids.”
Tag: Dana White
Just In