Despite rough season, Tyson Chandler happy with his first season in Phoenix

Not much went right for the Phoenix Suns during the 2015-16 season.

Eric Bledsoe and Brandon Knight showed promise at times, but injuries kept them off the court for much of the year. They played in 31 and 52 games, respectively.

The addition of veteran center Tyson Chandler was supposed to possibly influence LaMarcus Aldridge to come there in free agency, but he ultimately opted for San Antonio. Chandler regressed a bit from the previous season in Dallas, averaging 7.2 points and 8.7 rebounds per game, his lowest totals since his injury-plagued 2009-10 campaign in New Orleans.

Given his four-year, $52 million contract, this wasn’t exactly what Suns fans and workers were hoping for.

Still, despite all of the disappointment, Chandler spoke fondly on his first year in Phoenix.

“I’m happy where I am,” he said Thursday. “I feel like the Suns have a bright future if we continue to build and build the right way. It’s all about building the right way.”

Chandler is quite gracious considering the circumstances. The drama behind the scenes was well-documented, including the departure of head coach Jeff Hornacek. In the end, the Suns finished with a 23-59 record, 14th in the Western Conference. 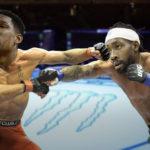 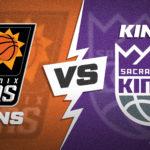 Still, if the Suns’ front office starts to shift more towards a rebuild, his tone might change.

“Me and management have a great relationship and we communicate,” he said on ESPN’s The Jump with Rachel Nichols Monday. “If there is a decision and they want to go young and stay young, then we’ll have that conversation. But we’re not there.”