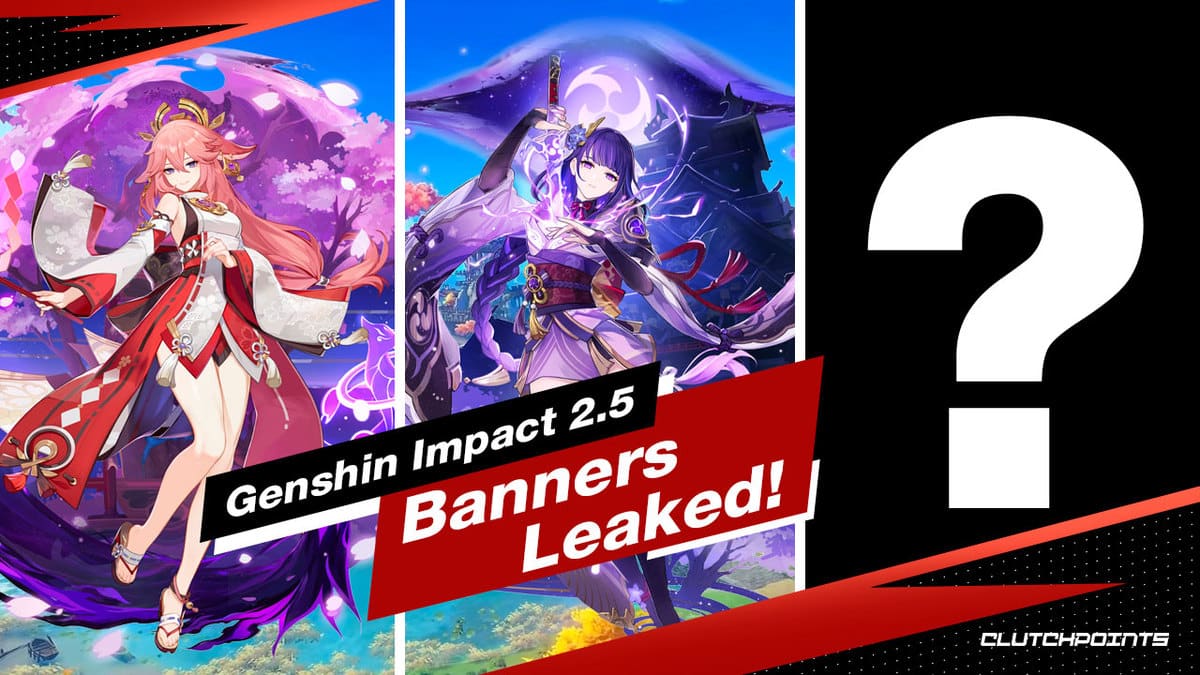 It was only a matter of time before the featured characters for Genshin Impact 2.5 Event Wish were leaked. Along with the Yae Miko banner (which would not have any concurrent banners), the other Event Wish Banners have already been leaked. This was not all, as even the featured 5* weapons were revealed. As with any information that comes from a non-official source, these are all unconfirmed and may be subject to changes.

This tweet reveals that the first half of Genshin Impact Version 2.5 will feature Yae Miko. The weapon banner will have the new 5* Catalyst Kagura’s Verity, and 5* Claymore Wolf’s Gravestone. The second half will feature banners for Raiden Shogun and Sangonomiya Kokomi running simultaneously. On the weapons side, it will have both Raiden’s and Kokomi’s best-in-slot weapons: Engulfing Lightning, and Everlasting Moonglow.

As previously mentioned, none of these are confirmed. This being the case, this Genshin Impact 2.5 leak must be taken with a grain of salt. No matter who you draw for, none of these characters are a waste of Primogems. Raiden Shogun slots herself well into almost any team, and with great effectiveness. Kokomi is proving herself necessary as a top-tier healer, a great way of dealing with the pesky bleed effect that the Rifthounds inflict on your characters. Yae Miko is shaping up to be a great damage dealer, from what we know. If you’re looking to spend Primogems, Genshin Impact 2.5 is a great time for you to do so.

If you want a sneak peek of what Yae Miko can do, check out her skills and talents here. 3 Heat most to blame for another horrendous loss vs. Celtics in Game 5

Yelan Stars in To Ensnare A Prey