One of the major reasons why many San Francisco Giants fans continue to feel tentative about the team’s acquisition of Kris Bryant just before the trade deadline last July is that there’s no assurance he would stay in the Bay Area beyond the 2021 MLB season.  Bryant, however, seems genuinely having fun in San Francisco. A World Series win could help influence him into re-signing with the Giants if the offer will be on the table down the road. Another key factor for his looming decision is his agent, Scott Boras.

Bryant, however, had just made it clear who has the final call on the negotiation table, via Andrew Baggarly of The Athletic:

Hey Kris Bryant, Scott Boras isn’t going to let you sign an extension before you hit free agency, is he?

Boras is among the most powerful men in baseball, so whatever happens, he will likely have a say in the decision Bryant will make. 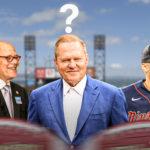 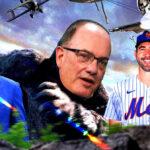 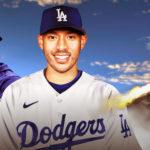 Bryant has been quick in showing his true value to the Giants since the trade. In 15 games with the Giants, thus far, he has managed to slash .321/.571/.948 with three home runs and eight RBIs. San Francisco has only lost three times in 17 games since Bryant arrived.  He further endeared himself to Giants nation Monday night when he clubbed a pair of homers to lead the team to a 7-5 home win over the New York Mets.

San Francisco is currently on top of the NL West division with a lead of four games, and Bryant will look to continue going down to work to help the Giants keep and add to that cushion.