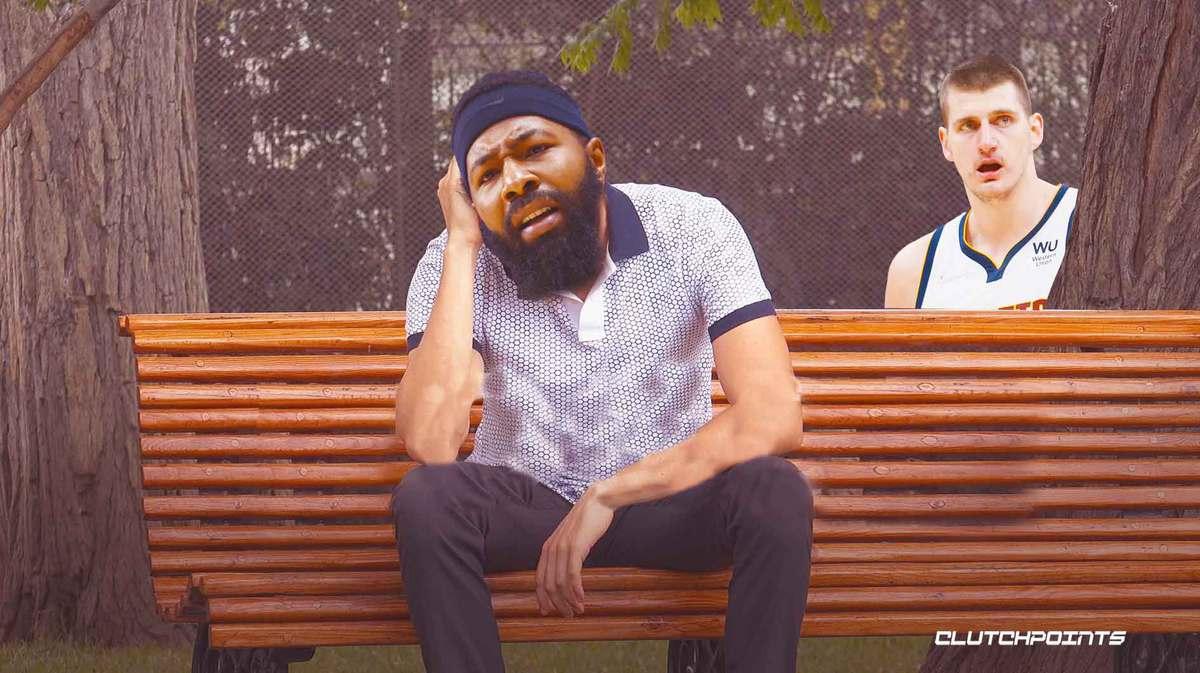 Markieff Morris finally returned to action on March 12 after missing four months of action due to a lingering back/neck problem. Morris sustained his injury after he was shoved from behind by Denver Nuggets superstar Nikola Jokic during a heated altercation earlier in the season. It was Morris who ended up on the wrong end of that squabble after missing a big chunk of the season.

It wasn’t only his back and his neck that took a blow from that controversial incident. According to Morris himself, his reputation also took a hit as some fans turned on him for instigating the incident with Jokic:

“It’s hard because fans sometimes, they don’t understand,” Morris said, via Anthony Chiang of the Miami Herald. “They just see one thing and they’re just like, ‘Yo, he’s a bad guy because he fouled.’ Or, ‘You hit him in his side. Why would you turn your back?’ My thing is y’all don’t understand because you’re not out there.”

For more context, let’s have a look at the incident in question:

It was Morris who gave Jokic a hard foul as the Nuggets center was making his way down the court on a potential fastbreak opportunity. Jokic clearly did not appreciate Morris’ actions and the reigning league MVP decided to shove Morris from behind as the Heat veteran was walking away. The incident led to players on both teams getting heated. The bad blood spilled outside the court with Marcus Morris, Markieff’s twin brother, as well as Jokic’s older brothers getting involved in the dispute.

Jokic was suspended for one game for his actions while Morris was slapped with a $50,000 fine for committing a Flagrant Foul 2 on the Nuggets star.

Despite what some might think of him, however, Morris is adamant that he is not a bad guy. The 32-year-old explained his side of the story as he attempted to justify his hard foul on Jokic:

“There’s some things that happen on the court that are between players and there’s respect between the lines,” Morris said. “I fouled because I’m a hard-nosed player. I’m not giving up anything for free. I’m not fouling to try to hurt somebody. I’ve never been that guy. I got nothing but the utmost respect from players. They all know that. If I wanted to foul and hurt somebody, I would have done that.

“That’s my whole thing with the back and forth. Y’all don’t understand. Anybody says, ‘You’re a punk.’ I know who I am and I know damn well nobody is going to tell me that to my face. That’s what social media is, it gives a voice to the voiceless.”

Morris is one of the toughest guys in the league today and I guess the rather unsavory reputation is just part of the gig. However, it is clear that Morris doesn’t agree with all this completely. As he said, he knows who he is as a person and he’s not going to let any of the outside noise change that.

As tough as he may be, even Morris himself could not overcome the injury that was brought about by his incident with Jokic. The Heat forward ended up missing no less than 58 consecutive games for his team as he meticulously worked his way back. Morris admitted, however, that at one point he was actually already in danger of missing the remainder of the season because of the state of his injury:

“At times, doubt crept in,” Morris said. “It probably wasn’t until January when the doubt crept in because it was just so long and there were a bunch of things happening that didn’t go as planned. So that kind of was the only time that I had a little bit of doubt creep in. Other than that, if you ask me personally, I already knew that I would come back to play. It was more so not a matter of if, it was a matter of when.”

Morris has been around the block for quite a bit. He is currently in his 11th season in the league and he’s been through quite a lot. Nevertheless, this recent spell on the sidelines still emerged as a learning opportunity for him:

“At the end of the day, some of the stuff you just got to deal with on your own to figure out who you are,” Morris said of his four months away. “Me personally, I know who I am. That’s why I never stopped working. I knew that I would get back and play. I knew this was just another little hiccup.”

Markieff Morris is by no means a star and he’s far from the most important player on the Heat roster right now. However, you cannot play down what he brings to the table for Miami. The Heat are surely glad to have him back as they look ahead to what should be a grueling playoff run.