The Miami Heat have signed Rodney Purvis and Raphiael Putney, waiving Charles Cooke and DeAndre Liggins in the process, the team announced Thursday. Purvis played for the Orlando Magic last season while Putney played both in the G League and overseas last year.

Purvis, a 6-foot-4 shooting guard out of Connecticut, played 16 games for the Magic last season. He averaged 6.0 points per game and was even inserted into the starting lineup for two games. Purvis went undrafted during the 2017 draft but showed glimpses of his potential in his stint in the G League.

Purvis split last season between the Orlando Magic and their G League affiliate, the Lakeland Magic. He appeared in 39 games (all starts) with Lakeland, averaging 20.5 points, 3.9 rebounds, 3.4 assists, 1.41 steals and 38.0 minutes while shooting 42.5 percent from the field, 39.4 percent from three-point range and 77.8 percent from the foul line where he was named to the 2018 G League All-Star Team and was an All-Rookie First Team selection. 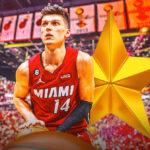 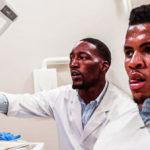 Putney is a 6-foot-10 versatile big man who can shoot from the outside. He is a prototype for a modern big man, possessing both defensive tools and perimeter shooting to be an effective stretch forward in the league.

The Heat are still reportedly in talks with the Minnesota Timberwolves for a possible Jimmy Butler deal, and they are still looking for players who could fit into their no-nonsense, team-first culture.