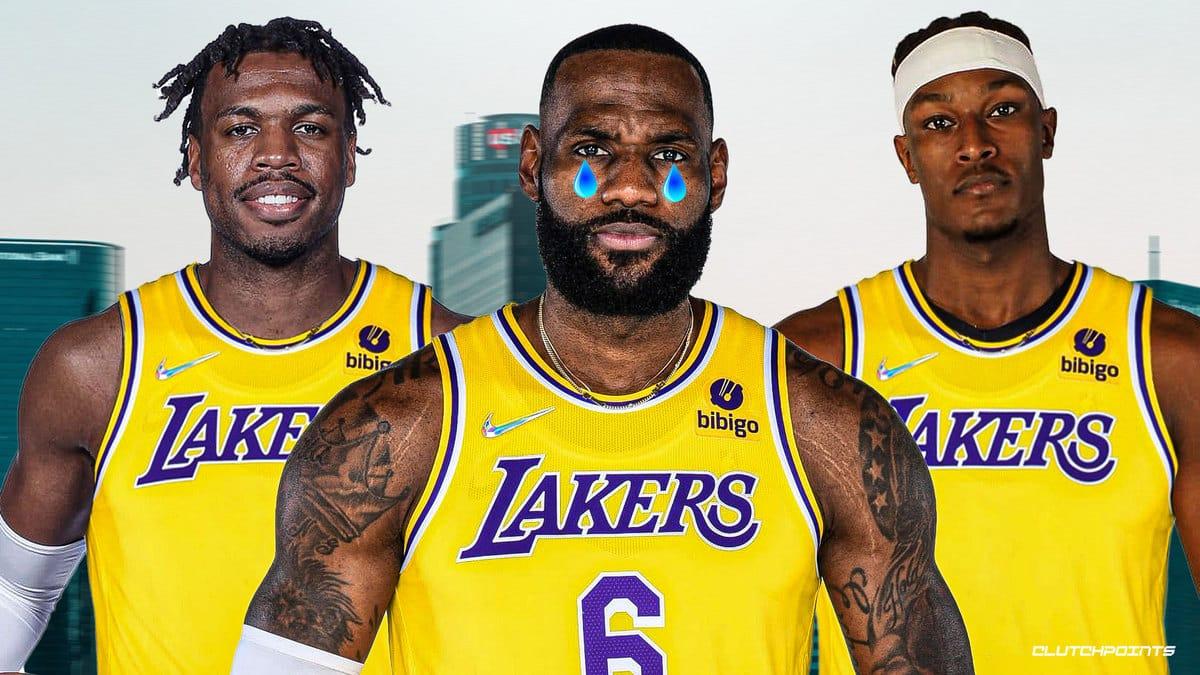 The Los Angeles Lakers have been linked with the Indiana Pacers for a potential deal for Buddy Hield and Myles Turner. However, even if the Purple and Gold pull off the trade, an NBA exec doesn’t believe it makes them title contenders.

While no deal is imminent and it’s unlikely the Lakers make a move for Hield and Turner until they are sure they cannot get Kyrie Irving from the Brooklyn Nets, the anonymous NBA exec highlighted that making the trade with the Pacers doesn’t really move the needle for the team.

“What do Buddy and Turner do for the Lakers? Add a 5 percent chance the team wins a title?” the NBA executive said, per Eric Pincus of Bleacher Report. “That’s probably worth one protected first, but certainly not two.”

But how about if the Lakers can bring Kyrie Irving alongside Buddy Hield and Myles Turner? Well, that is certainly a different matter worth a second look.

“Maybe if they could combine the Nets and Pacers into one trade, bring back Kyrie, Turner and Buddy, that’d be worth giving up a couple of firsts,” the exec furthered before noting a one caveat: “Even if that saved the Nets a ton of money and Indiana got two firsts out of it, do they agree to work together to help LeBron and the Lakers contend?”

The Lakers are still in limbo on what they will do. It’s unknown when they’ll get clarity on the Irving situation, but that could also result to them missing out on their other targets to fill the roster.

LeBron James and co. missed the postseason in 2021-22, so they have every desire to get back to the playoffs and contend for the title again. Adding another big star or capable role players could give them a massive boost, but the question remains whether they can pull one or not.