Juwan Howard-Rajon Rondo tag team an option for the Lakers 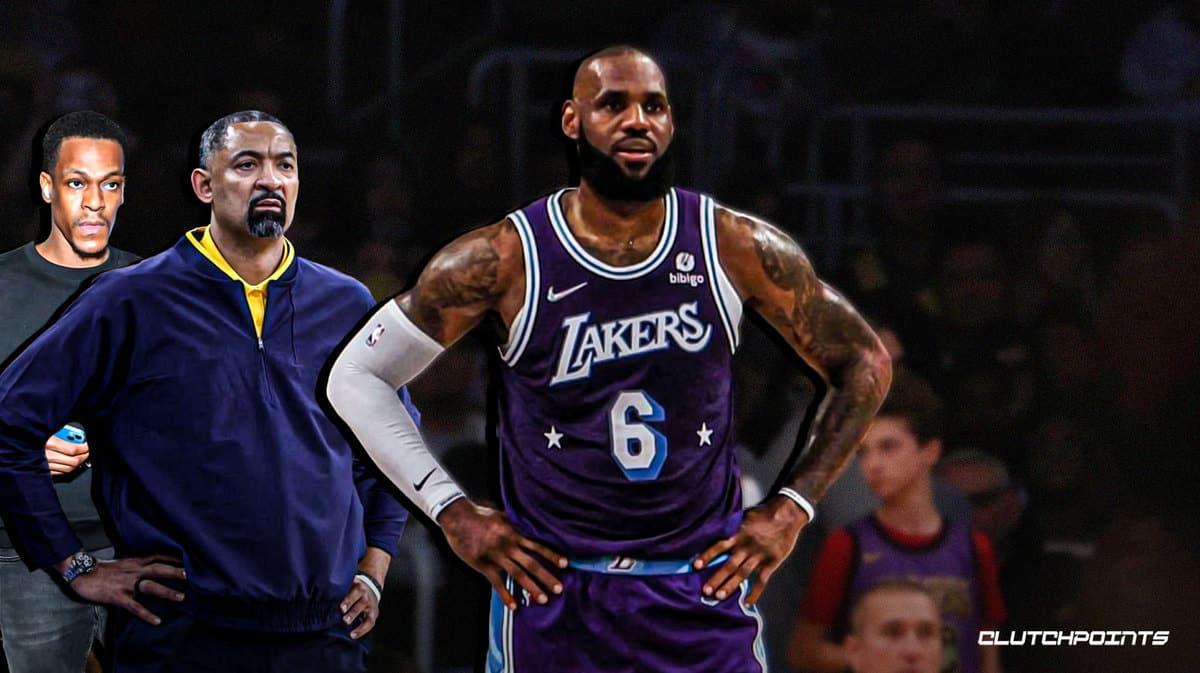 The Los Angeles Lakers are interested in a Juwan Howard-Rajon Rondo coaching tag team for next season. With the Lakers expected to fire current head coach Frank Vogel, rumors are already swirling around replacements. On Sunday morning, Steve Bulpett said Howard is a potential candidate. Bulpett added that should the Lakers lure Howard away from the University of Michigan, Rondo could join him as an assistant.

Juwan Howard's name has been floated as a candidate for the Lakers' coaching job when, as is expected, Frank Vogel is let go. But an L.A. source tells https://t.co/CA94GXeXiS that Rajon Rondo could be coming in as an assistant coach should Howard somehow get pried from Michigan.

Coming off a disappointing season, the Lakers will be undergoing big changes this offseason. Frank Vogel’s tenure in LA is likely up, despite coaching the team to a championship in the bubble in 2020. Roster questions also loom, as Lebron and Anthony Davis’s supporting cast struggled this season. Russell Westbrook could be on the trade block. While veterans like Carmelo Anthony, Dwight Howard, and Avery Bradley will all be free agents. Only Lebron, Davis, and Talen Horton-Tucker have fully-guaranteed contracts for LA in 2022-23.

Adding Howard and Rondo could be a first step in rebuilding a championship-caliber team. Howard has led Michigan to a 61-32 record over the past three seasons, reaching the NCAA Tournament twice. He also has experience as an assistant coach at the NBA level. Rondo, meanwhile, has long been considered a top basketball mind. With big changes on the horizon, don’t be surprised if Juwan Howard and Rajon Rondo patrol the Lakers’ sideline next season.