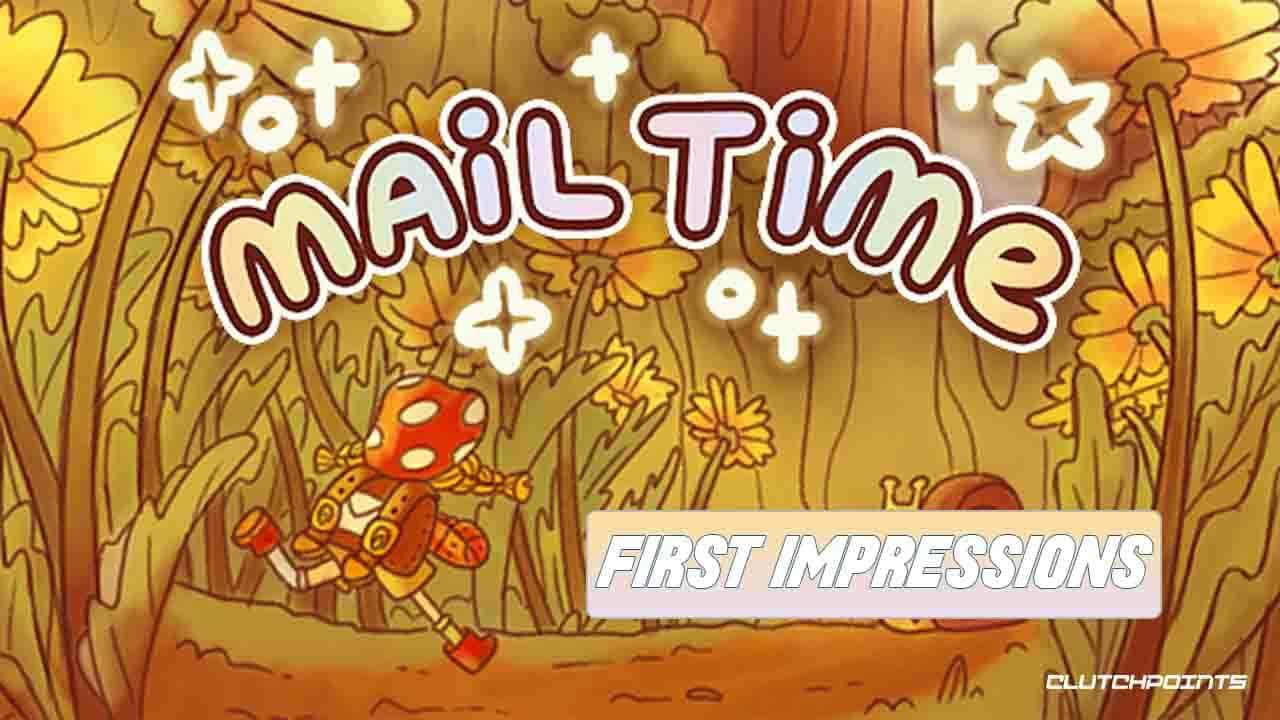 Mail Time is an action platformer made by the solo developer Kela Van Der Deijl and published by Freedom Games. We were able to sample the game, which will come out on Steam this April, which is all about delivering mail to the anthropomorphic animal inhabitants of Grumblewood Grove, a cozy town that kind of reminds me of The Hundred Acre Wood. This peaceful, relaxing game does not provide a lot of challenges, but as what you’d see in our Mail Time first impressions, it’s a nice, little game to sink your teeth into for a relaxing weekend.

The peace and wholesomeness are completely embodied in the game’s art style, featuring a crafted toy aesthetic, filled with characters that are jovial and full of energy. Well, most of them, for the most part, because Mail Time’s cast of characters also has a diverse set of individuals. You play as a Mail Scout off on their first official shift, bringing letters from one person to another. A completely blunt but needlessly simplistic description of the game is that it’s a 3D action platformer with one long line of fetch quests, but it’s honestly refreshing to play a game with such a simple premise. Not all games have to be stressful and complicated, after all, and Mail Time has all of the stuff you need for a nice cozy playtime in front of your computer at night.

There are also a couple of collectibles that you can find along the way, some of which are even required to complete deliveries. These deliveries often only require a certain amount of items to collect, while also giving players an additional challenge in collecting all. Finding them all will present players with platforming challenges. Grumblewood Grove is set in a forest with a lot of houses built into trees. Mushroom caps provide surfaces where the player can bounce on, and branches of tall trees provide players with high vantage to scout around. Then, once you’ve found your target, you can glide down and secure your catch.

On top of all of these, I appreciated Mail Time’s accessibility options, all of which you can access through the settings. Not only does the game offer accessibility options to make it more playable by a wider range of players, but it also allows players to choose their appearance and pronouns at any point in the game. I think it’s important enough to stress how important these settings are, especially in games that will make other players feel more seen and accepted.

The demo version of the game that we received only let us play through the tutorial section of the game, which consists of a couple of deliveries. In the full game, players will be able to travel from one location to another, some deliveries even requiring players to return to previous locations. Players can travel to and from different locations by returning to their truck and asking their supervisor mailman to bring them there. Overall, while the game did not offer a lot of challenges, it felt fun and refreshingly relaxing to play. It’s a nice change of pace from the games I usually play and cover, so the game did leave a nice impression on me. Not to mention that there’s a one-woman team working on this game, which makes it impressive all by itself, especially since I didn’t experience a single bug or any odd clipping issues while I was playing the demo.

I wish to play the game more once it’s released, and if you’re also interested in trying the game out, it will also be available during the upcoming Steam Next Fest in February. Of course, you can wishlist the game this early and follow its development until its release in April. Wishlisting games really help games a lot.