The NBA has made a myriad of changes this offseason, trying to appease both — players’ and owners’ concerns during this offseason. Perhaps one of the most crucial changes was that of the All-Star Game, getting rid of the Eastern and Western Conference teams as well as making a draft of it, just like one would at the blacktop.

But what turned out most intriguing were the people sparking the change after years of record-high scoring numbers and absolutely no defense or sense of competition.

NBPA President Chris Paul, who was sitting out the mid-February festivities with an injury was limited to watching the All-Star Game through a TV set — a moment that proved eye-opening after watching quarter after quarter of willingly trading buckets as the version of flag football of this sport. That experience opened Paul’s eyes, who was now determined to make a change with the format for the upcoming season.

“For the first time, he actually just sat at home and watched it like a fan would watch it,” a person close to Paul told Ken Berger of Bleacher Report. “I got the sense that he thought what everybody else thought; there’s very little competition. He’s an ultra-competitive guy… I think he viewed it from a different perspective and was like, ‘Holy crap, we’ve got to do something.'” 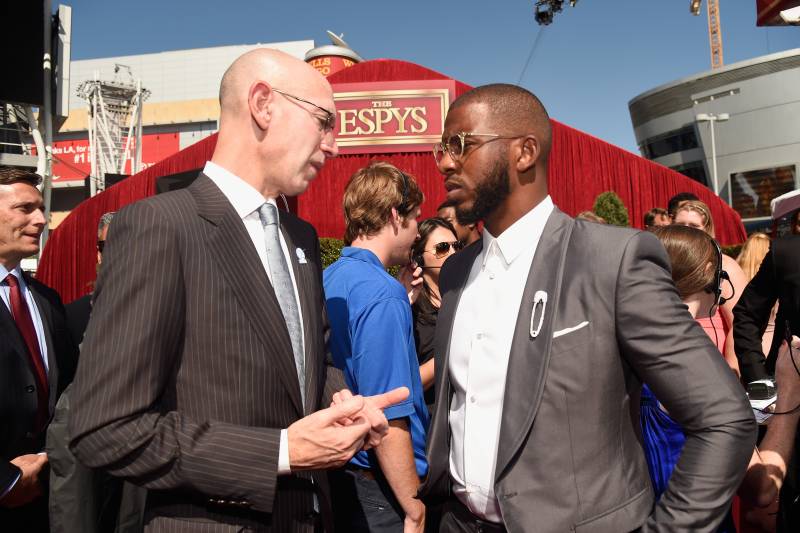 Charlotte Hornets owner Michael Jordan; who is also the chairman of the league’s labor relations committee, was also involved in the decision, hoping players would stop making a mockery of what once was the greatest coalition of talent under one floor.

“Michael was heavily involved,” said one of the people familiar with the meetings.

The NBA holds one of the most competitive grounds, where every player has some ego and there’s always rumors of a player wanting more minutes, touches, or a starting role; looking for more years, money, or a better role with the team. This sense of competitiveness needed to get back to the All-Star Game, but surprisingly — there was no arm-twisting, but rather a very organic talk between players and board members, ultimately agreeing in this change.

While this drastic change is bound to bring many other complications and much controversy to the table, it is certainly better than the game remaining unchanged after years and years of deplorable quality.