There have been talks about a possible lockout from the Major League Baseball owners for a while now. Well, it became much clearer Wednesday that that is exactly what is going to happen. The MLB Owners met with the top Players Union officials for seven minutes before talks broke down and everyone left.

After a seven-minute meeting with top union officials, MLB negotiators are leaving the hotel where bargaining has taken place. It’s unclear whether they’ll return. And if they don’t, that could be the last discussion before a lockout.

Leaders from both sides met once again at the Four Seasons Dallas at Las Colinas. At the end of the seven minute meeting, the head of the Players Union was told talks were off for the day. Major League Baseball’s collective bargaining agreement is set to expire at midnight, Wednesday night.

This was the end of three days of negotiations between the sides. Ultimately, they never appeared close to a deal, prompting the owners to walk out.

This all comes amid a furious free agency period that saw big name players moving teams all of over the league. During the free agency frenzy in recent days, teams had guaranteed over $1.6 billion to players this off season.

Of course, the potential lockout comes down to economics. One of the key sticking points was the competitive balance tax. The Union had initially proposed a threshold of $248 million and had reduced that number to $245 million. Owners had moved their offer from $210 million to $214 million. This is the tax that kicks in for owners if they are essentially trying to buy championship players.

It may seem counter productive, but players want that number to be higher so owners will feel more inclined to pay the players more money. 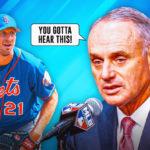 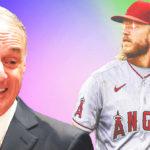 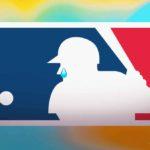 ESPN’s Jeff Passan also broke down one of the other key sticking points that was shot down Wednesday.

In the seven-minute session, the union rejected a proposal by the league to drop certain issues — including any change of the six-year reserve before a player can reach free agency — from discussions.

It appears we are headed toward a certain lockout. That would be MLB’s 9th work stoppage in the history of the league and the first since the Player’s Strike in 1994-1995.