The NBA has elevated concerns among owners and executives that more drastic steps could be taken in light of the coronavirus outbreak, including games being played with only the essential personnel in arenas, according to ESPN’s Adrian Wojnarowski.

The league is hoping teams can be prepared to execute this scenario after scheduling a Wednesday conference call with team owners and governors to discuss what the next steps could be.

The potential of playing games without fans had been brought to the table last week, but now that can even be reduced to solely those who are deemed vital to the completion of a game.

While this is solely a doomsday scenario, other professional leagues around the world have already taken major steps to get ahead of the outbreak. The coronavirus contagion in Italy has forced Serie A, the country’s top-tier soccer league, to suspend operations along with preparations for the Euro 2020 tournament until Apr. 3.

Sports in China have also been halted due to the outbreak, and the pandemic nature of the COVID-19 virus has every sporting league on its toes.

If the plan remains true for the NBA to complete its 82-game schedule, the essential staff could be down to players, coaches, game-officials, medical personnel, scorers, and limited media members. 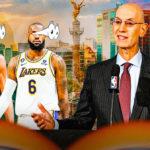 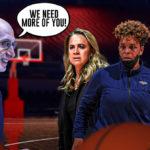 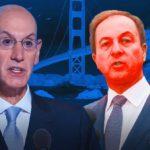 Owners would miss out on the millions of dollars that come with the sale of tickets, as well as the losses that would come via the refund of season ticket holders.

If the spread of the virus progresses, there could also be the potential for playoff games to be played without fans, which would be a rather strange situation, considering most franchises can sell out arenas during the postseason.