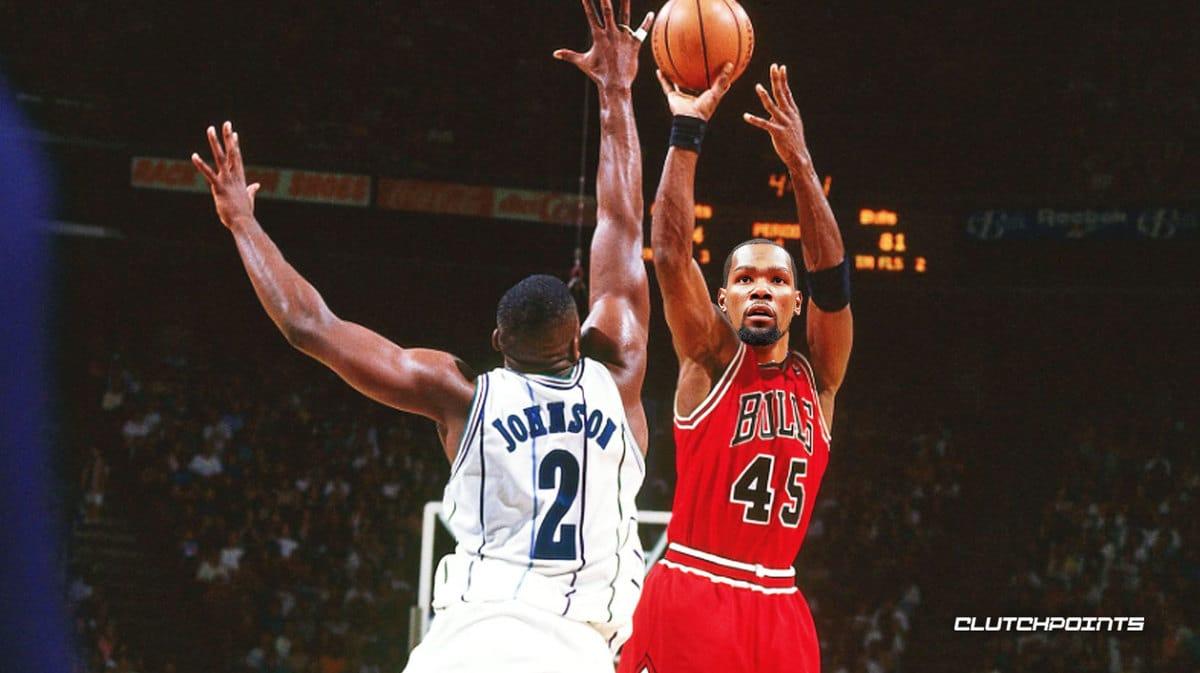 The Brooklyn Nets are not exactly having a great start to the 2022-23 NBA season, but Kevin Durant is doing everything he can on the court to stabilize his team. On Thursday night, in a 109-107 win against the Portland Trail Blazers on the road, the former league MVP was in top form again, even matching a rare NBA streak last seen accomplished by Michael Jordan over 30 years ago, per StatMuse.

Longest streak of 25-point games to start a season:

With Kyrie Irving still suspended, much of the scoring responsibilities for the Nets lie on the shoulders of Kevin Durant who came into the Portland game averaging 30.3 points this season, while shooting 52.4 percent from the field and 35.5 percent from behind the arc.

Kevin Durant would finish the game versus the Blazers pacing all scorers with 35 points, connecting on 13 of his 22 attempts from the floor and 8-of-10 from the foul line. This time, though, Durant was able to get a big hand from Ben Simmons, who flashed some of his old form with the Philadelphia 76ers by dropping a near triple-double of 15 points, 12 rebounds and seven assists, while playing exceptional defense which contributed to the ugly shooting night from Damian Lillard. The Blazers guard went just 8-for-24 from the field for an inefficient 25 points.

With Kevin Durant humming, Simmons seemingly finding his rhythm, and Kyrie Irving potentially returning soon, the Nets have all the momentum they need to maintain their hot form and take on the challenge on Sunday at home against the visiting Memphis Grizzlies.

The Nets are 7-9 after the win over the Blazers.